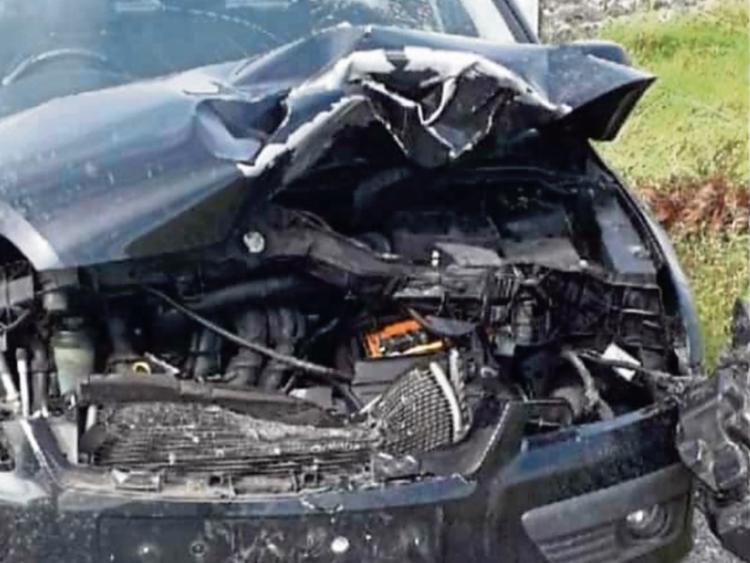 A motorist had a lucky escape after a tyre which came off the trailer of an articulated truck hit the front of their car.

“Whilst driving on the N69 in #Limerick a tyre came off an artic trailer which hit the front of this car. Thankfully nobody was injured,” read a post on social media.

A photograph of the dark-coloured car shows it sustained significant damage in the impact.

Gardai say the incident should act as a reminder to all motorists to ensure their vehicles are roadworthy beginning any journeys.