Home or Away? Drumlish couple to appear on My Big Day next week 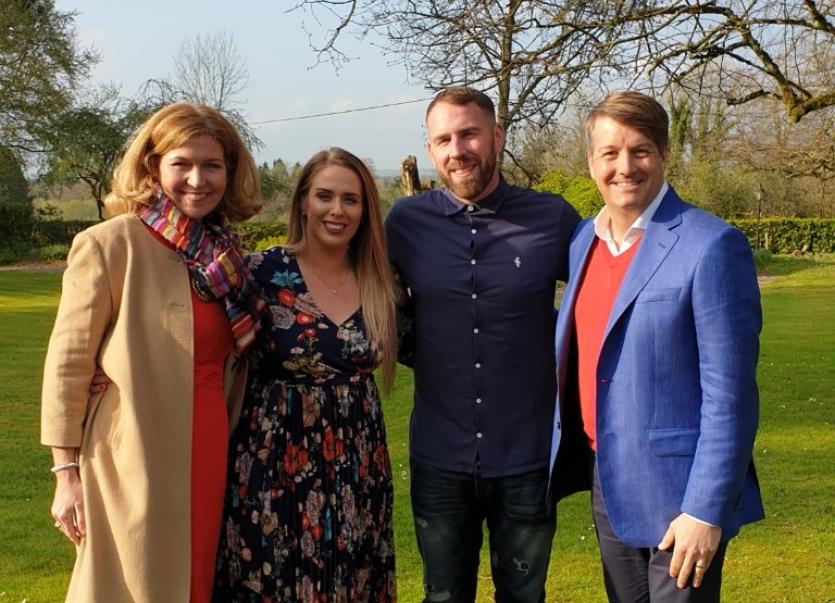 Drumlish couple, Breda Corrigan and Liam Lynch were married last week but the question is where?

The couple will appear on episode two of the new series of My Big Day, which will air on RTE2 at 9.30pm on Monday, September 16.

The series sees wedding planners Tara Fay and Bruce Russell pitch two very different wedding day ideas to the couple - one at home and one abroad.

Tara and Bruce have risen to the top tier of their profession, creating elegant receptions and exclusive private events for celebrity clients all over Europe.

Friends, colleagues and contemporaries, the pair are now rivals as they try to win over couples with their expertly planned big days.

Scientist Breda and window fitter Liam have been planning their big day for two years but, with busy schedules and two young daughters to raise, they just hadn't gotten around to tying the knot.

Having worked in the same shopping centre a few years ago and never crossing paths, they finally both swiped right on Tinder in 2015 and, despite ‘not being each other’s usual type’, they fell madly deeply in love.

The couple couldn’t decide whether to marry in Ireland and risk the parents inviting every cousin and neighbour under the sun, or to just suit themselves and marry abroad.

That's where Tara and Bruce came in with two very different visions for the couple's wedding day.

In this episode, Bruce will whisk Breda and Liam away to the 1920s grandeur of a former royal residence perched on a hillside in Barcelona.

Tara will tempt them couple with the promise of a fairytale wedding in the splendour of Markree Castle in Co Sligo.

Will the couple opt for an opulent wedding in sun-drenched Northern Spain? Or pray it doesn’t rain in a 17th century mansion here at home?

Breda and Liam's episode of My Big Day will air at 9.30pm on Monday, September 16 on RTE2.