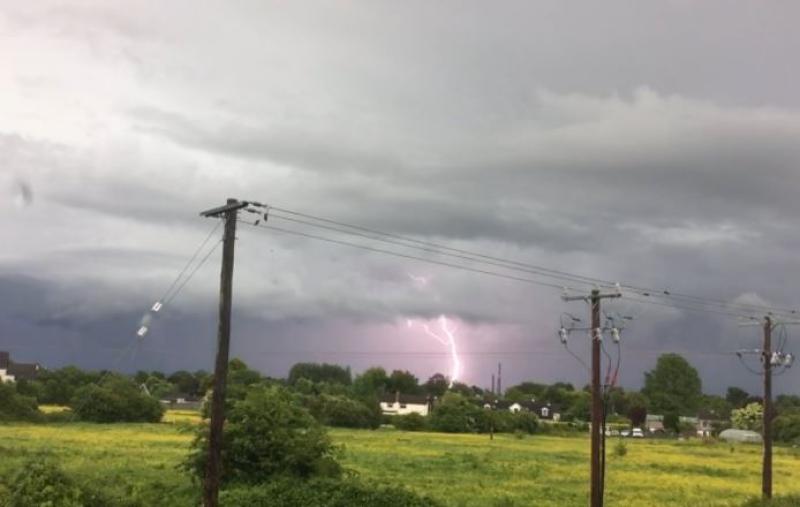 A farmer has been left in shock after eight of his cattle were killed in what he described as "a ferocious thunderstorm" last weekend.

Well-known farmer Gerry Larkin told the Nenagh Guardian this week that he had never witnessed anything like the weather last Sunday evening when eight in-calf heifers were killed by lightning.

Also read: Gardaí appeal for assistance in search for woman (54) missing since Monday

He described conditions as "unbelievable" as he watched from the window of his home in Foxborough, near Moneygall, on the Offaly side of the county's border with Tipperary.

Gerry discovered the animals dead on Monday morning when he went to tend a leased farm in nearby Ballintemple.

He believes the eight cattle were sheltering under a bush when they were hit and said it was a troubling sight to see them piled on top of each other as if they had been "struck down where they were standing."

He added: "Some of them were due to calve in early September, so the financial loss is huge."

He said he will be hit hard financially by the loss but said two more heifers he was keeping in the same field managed to survive the fearsome weather.

Also read: Host of stars to perform at Marquee in Drumlish Festival