Record breaking 'Ploughing 2019' was one to remember 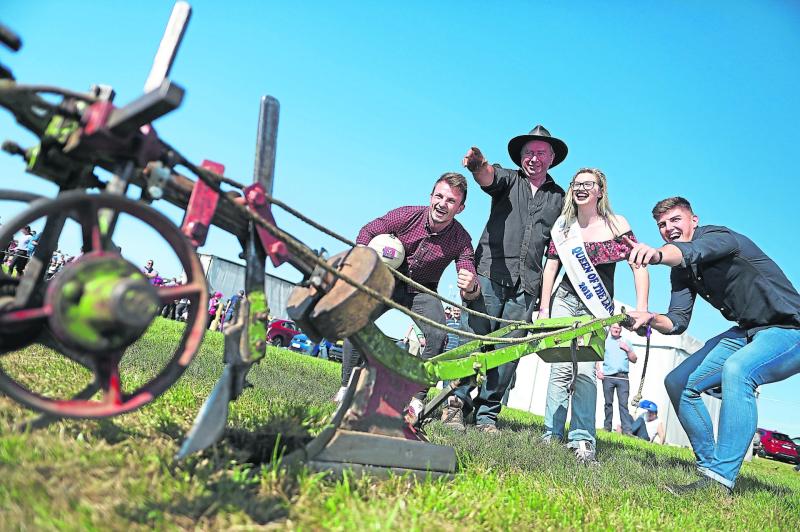 The 2019 variation of the event was a record breaking one, as a total of 297,000 people made their way to the grounds over the course of the three days.

Organisers confirmed that a whopping 102,500 people attended the event on day one, with 113,500 people flocking to Carlow on day two. This was the highest ever recorded attendance figures for the first two days of the event.

With glorious sunshine and temperatures ranging in the low to mid 20’s , it was no surprise to see attendance figures on day 3 reach a total of 81,000 people.

The main attraction of this year’s event, for the younger eyes anyway, was the celebrity guest appearance of Love Island’s Greg O’Shea at the National Dairy Council stall.Another man to attract huge numbers and who had his hand in almost absolutely everything was the unofficial king of the ploughing - Mr Marty Morrisey.

Also read: Sun sets on most successful Ploughing Championships of all time

With livestock, machinery, crafts, live music, fashion, innovative technologies, over 1,700 exhibitors, 2million feet of space for trade stands and in excess of 300 competitors, this year’s three-day event did not disappoint.

The event was officially launched on day one by President Michael D Higgins, who used the opportunity to call for comprehensive support for Irish beef farmers in light of recent protests.

He also paid tribute to the McHugh family for their continued dedication to the organising of the event, while also praising An Garda Síochána, Carlow county council and the many volunteers involved.

President Higgins then took the time to mingle with attendees, before visiting the ploughing plots and some of the many exhibitors on show.

Ms Anna May McHugh, Managing Director of the National Ploughing association, voiced her pleasure at the beautiful weather and huge attendance figures at this year’s event.

Ms Anna May McHugh said: "We are delighted with the overall attendance figure this year.

“The three days ran extremely smoothly and everywhere I looked there were cheery smiling faces with all members of the family thoroughly enjoying themselves, enjoying themselves experiencing the whole array of activities on offer.”

Also see: WATCH | 'Everything is happening in Longford,' Dáithí Ó Sé loves the county and its food

In the competitive ploughing, the senior conventional title is staying in Co Carlow this year, as former world champion Eamon Tracey won his tenth title in a row. The Carlow man will now get a chance to compete for another world title in Russia.

There was success for Longford as Sean Monaghan came home with a bronze medal after finishing behind Jim Grace and John O'Donovan in the Intermediate conventional plough class.

The Farmerette class was won by Kilkenny's Siobhán Darmody, with William Kehoe winning gold in the Macra section. The junior conventional plough class was won by Kerry’s Derek O’Driscoll, while the standard 3 furrow reversible class title went to Padraig Walsh of Cork West.

Also read: Farmers warn they will return to the pickets in future if needs be, as protests stood down

All eyes were on Carlow for the 88th annual National Ploughing championships and one thing is certain, Fenagh thoroughly enjoyed it’s time in the sun.