WATCH: Anger as dog is abandoned and tied to disused factory gate 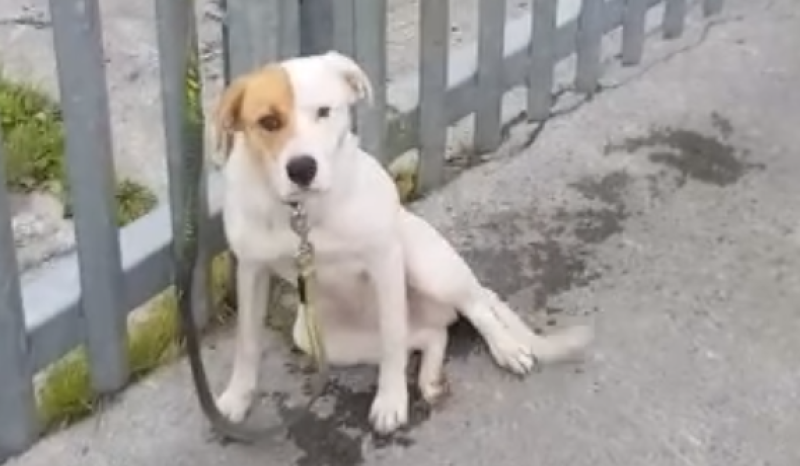 WATCH: Anger as dog is abandoned and tied to disused factory gate

Galway SPCA and social media users have expressed anger after a dog was abandoned and tied to the gate of a disused factory.

Dogs and puppies valued at several thousand euro were seized from a house in a joint operation involving Longford County Council, LSPCA and gardaí.

In a post viewed almost 500,000 times on Facebook, the group said they found this dog after their volunteers received a call from a passerby.

The terrified pooch was discovered tied to the gate of the disused factory outside Ballinasloe last Friday evening.

"Our staff and volunteers were just finishing up for the night when a call came through about a dog tied to gates of a disused factory on a country laneway just outside of Ballinasloe curled up in a ball trying desperately to be invisible, but thankfully spotted by a passerby who couldn't stop but did everything he could to find a number to ask for help.

Volunteers described the dog as "scared, confused and submissive to the point of urinating in fear at the sound of a voice and our approach but so wanting to show us she needed help."

"We have since learnt that she had been there quite a few hours, tied up and left. We dread to think of her outcome had she not been seen and it was a possibility as she was curled up so small near bushes.

"Shohei, as we have now called her (meaning respect ), has settled into sanctuary life," volunteers added.

Shohei is not chipped and has now completed her pound time. Volunteers are hopefully they will be waving her off to her "forever sofa" in the near future.

Galway SPCA said: "Thank You to the motorist who couldn't stop but who didn't ignore her either and made sure he found her help and to our own volunteers for rushing to her aid."