The 8th annual Primary School Relays, hosted by Longford Athletics Club, took place in Newtownforbes on Friday evening last with the event making its return having been last held in 2019. A total of 612 children from across the county took part which was the largest turnout ever. 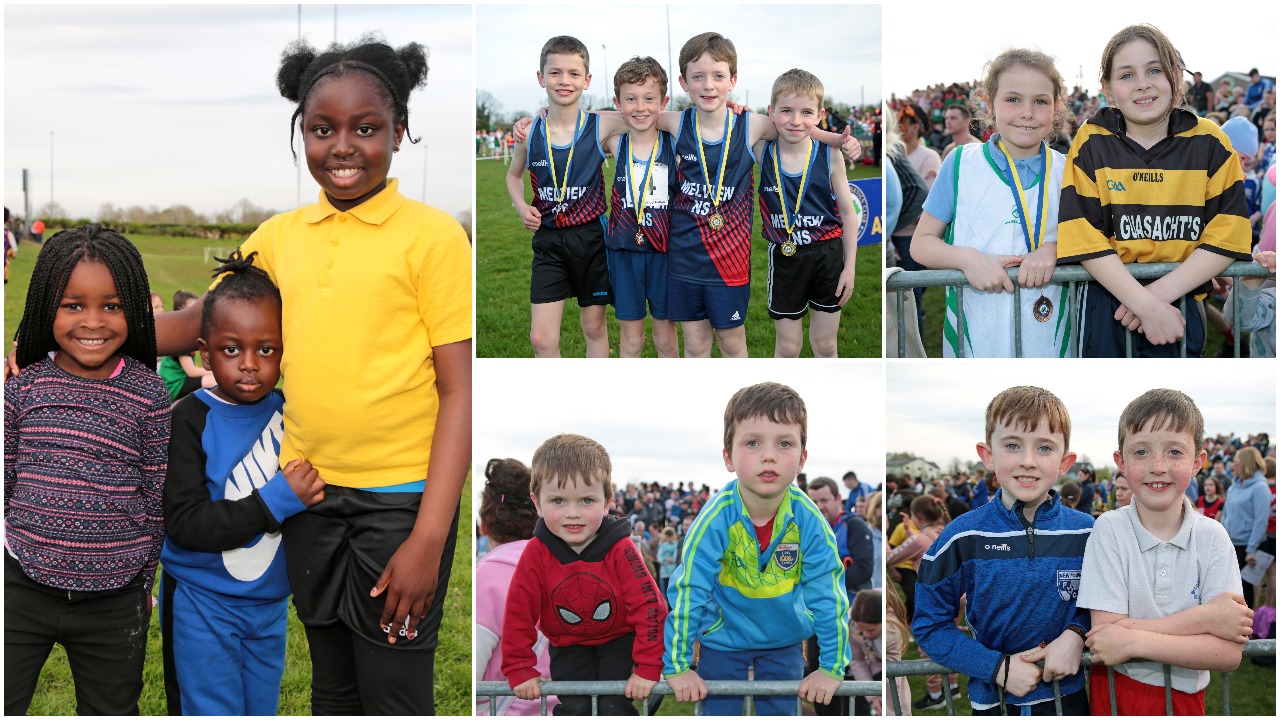 A large crowd was in attendance to watch the programme of 4 x 200 metres relay races as well as 200 metres subs races for those children not on a relay team. Races solely for schools with smaller teacher numbers were added for the first time.

Some closely contested finishes and a very good standard on show provided for an entertaining evening.

The opening relays saw Newtownforbes to the fore winning three of the first four races and particularly impressive was the third-class girls winning team of Keeva Manning, Jessica Neary and twin sisters Georgia and Hollie Brady.

Gold for Killoe in the fifth-class boys followed the fifth-class girls relay which was arguably the race of the evening as Newtownforbes and Edgeworthstown went head-to-head. It was finely balanced going into the final leg with two of Longford AC’s leading juvenile athletes Sophia Carey and Izzy Masterson in a sprint to the finish. Sophia edged ahead approaching the last bend before crossing the line in first for Newtown. Her teammates Katie Reynolds, Alisha Manning and Darcey Brady as well as Edgeworthstown’s Miracle Aibangee, Clodagh Geelan and Christabel Oigbogun all contributed to a superb race.

Tashinny achieved double gold in the fifth /sixth-class relay for small schools. Ella and Zara Allen along with Addison and Kayla Flower won the girls race while Matthew and Ethan Jones with Theodore Flower and Eamon McGinnity first in the boys event.

The subs 200m races saw plenty of close finishes across the different classes. Skye Donnelly of Killoe won the sixth-class girls race followed by a dead heat in the boys as Fermoyle’s Michael Sorohan and Szymon Dzarnik of Edgeworthstown crossed the line together to both win gold. Earlier, Shauna Mahon of Newtownforbes deservedly received a warm reception from all in attendance as she finished the third-class girls race.

As best performing school in the relays, St. Mary’s NS of Edgeworthstown captured the Ray Flynn Trophy. Claiming a podium finish in eight of the ten races, the girls and boys ensured the trophy was won by the school for the fifth successive time. Scoil Mhuire NS, Newtownforbes finished runner-up with Melview NS in third place. The 17 schools participating was the highest ever number to take part in the relays.

Well done to all girls and boys who ran at what was a great evening of races. The full list of top-three finisher results is on the Longford Athletics Club website.

Longford AC coaches and committee members, led by Event Co-Ordinator Paddy McPhillips, contributed greatly to the successful organisation of the event along with the assistance of the Civil Defence. Leslie Finnan was excellent as MC and the well-maintained grounds at Clonguish GAA an ideal venue.