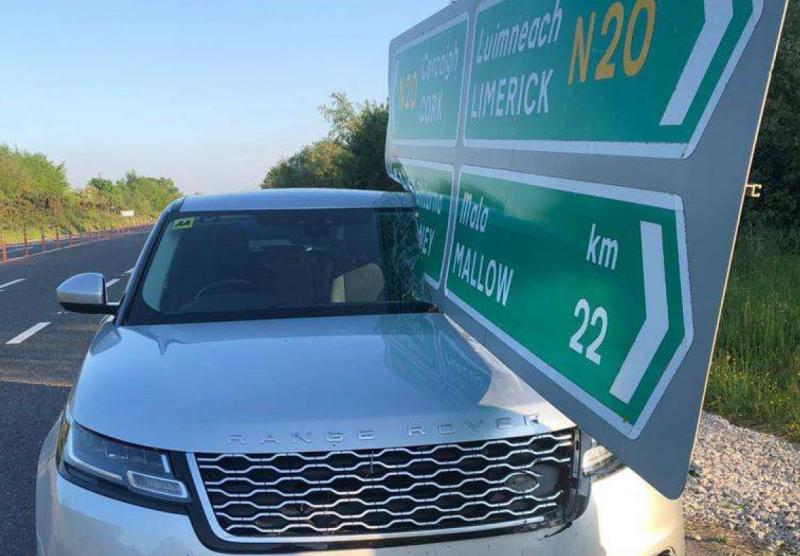 One of the photographs taken at the scene of the incident

A MOTORIST had a very lucky escape after their jeep was poleaxed by a sign on the main N20 between Cork and Limerick.

Photographs from the aftermath of the incident, which happened at the weekend, have been widely shared on WhatsApp. It is not known how the crash occurred.

The sign appears to have sliced through the windscreen and roof on the passenger side of the vehicle which was travelling in the direction of Mallow and Limerick. 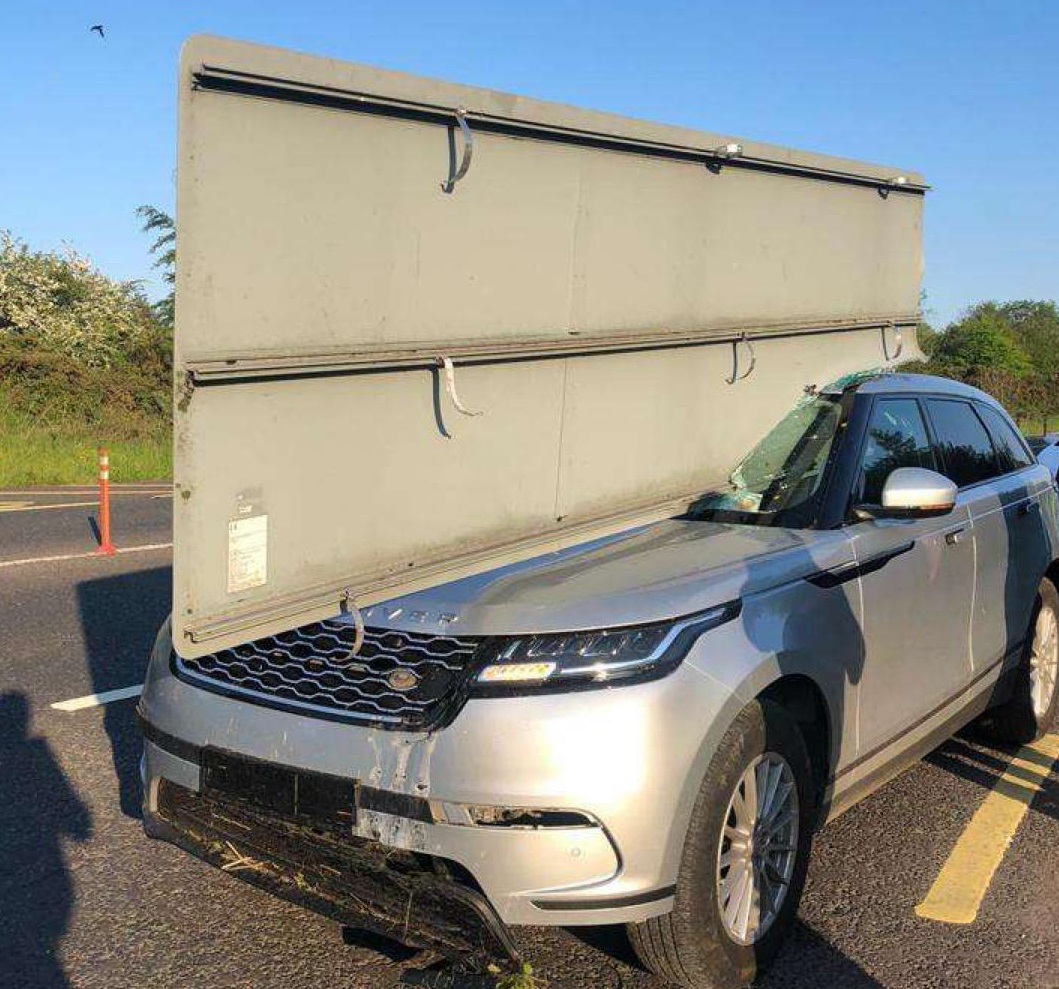 A garda spokesperson confirmed that members attended the scene of a single vehicle collision on the N20 at Waterloo, Blarney on Sunday, May 30 at around 7.30pm.

An ambulance also attended and the Dublin-registered Range Rover had to be removed from the scene afterwards.

"The car is believed to have collided with a sign post at the side of the road. No injuries were reported to gardaí at the time of the collision," said the garda spokesperson.