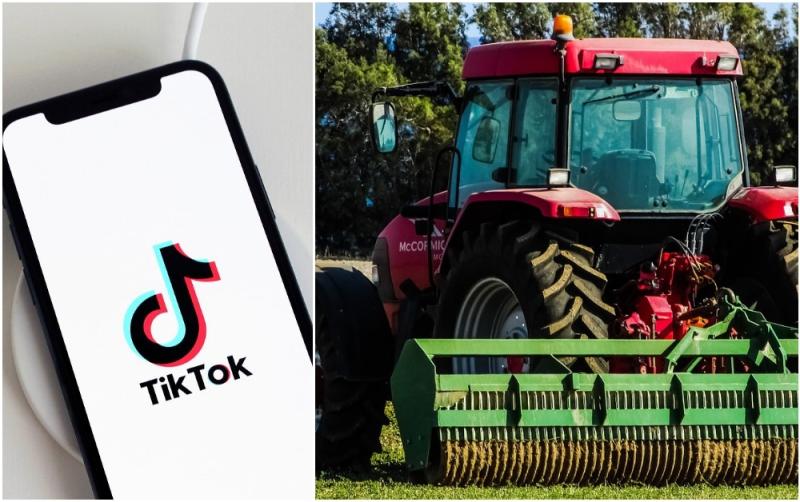 The Association of Farm & Forestry Contractors in Ireland (FCI) is urging all contractors to take a zero tolerance approach to the sharing of TikTok type tractor motion videos on social media sites, including Facebook and others, during this year’s silage harvest which has just begun in some areas of the country.

FCI says it is aware of the growing problem of mainly younger tractor drivers in contractor fleets who are breaking the law, and putting their lives and the lives of other road users at risk, by using smartphones for creating videos while driving tractors.

The Association warns that using a handheld mobile phone device while driving any machine is also against the law and is subject to penalty points for the driver.

FCI is advising all contractors to use Bluetooth systems if they must use the mobile phone while driving a machine. It is urging contractors to make sure that all of their machines have Bluetooth kits, for safety reasons as a priority but also as drivers will incur three Penalty Points on each occasion of use, which may force some to surrender their licence.

“Preventing the use of smart phones to create videos will be a significant management issue for many contractors during the 2021 silage season,” said FCI chief executive Michael Moroney. “Contractors as team leaders need to sit down with their teams in a Toolbox Talk before the silage harvest. They need to give clear guidance about what is acceptable and what is not in terms of safety and in particular the use of mobile phones,” he added.

“At FCI we are aware of videos being posted to various social media outlets which seem to portray contractor operations during silage harvesting as some form of entertainment."

"This behaviour undermines the seriousness and operational risks associated with the skill of using high output modern machinery in farm contracting operations. Silage harvesting is a serious business. It functions around high output machines that demand the full concentration of the drivers at all times.”

“FCI is urging all contractors to fit hands free kits to all tractors. We are also urging contractors to immediately sack any drivers found to be using their smart phones for recording and publishing work related videos taken from the tractor seat, to social media outlets. This behaviour endangers themselves, other road users and is ultimately putting the future of the contracting business at huge risk, as well as adding significantly to insurance claims.”

“There are a number of aspects to the problem. Some videos are merely portraying good operations, while others are showing lack of driving skills and safety awareness. Others are clearly highly dangerous and tempting fate in an absurd way. All are dangerous,” he added.

“FCI recommends a zero tolerance approach where drivers who behave in this way should be sacked from the contractor’s team with immediate effect,” he added.

FCI has this week messaged over 1,200 contractors on its database and through its WhatsApp Groups and email system, to encourage them to take strong action in dealing with this problem.

There are new technology options on the market to block the use of smartphones in tractor cabs. FCI has worked with suppliers to establish a practical blocking system for contractor tractors in an effort to develop an affordable and seasonal based solution.

All contractors must deal with this serious issue within their own teams.

“Make sure that you have an up-to-date Safety Statement that includes the points listed below and one that it is signed by all employees on the team,” Mr Moroney added.

Some contractors have developed management strategies including fining drivers for video posting, while others retain smartphones in the yard and provide drivers with tractor two-way radios for effective and safer team communications.