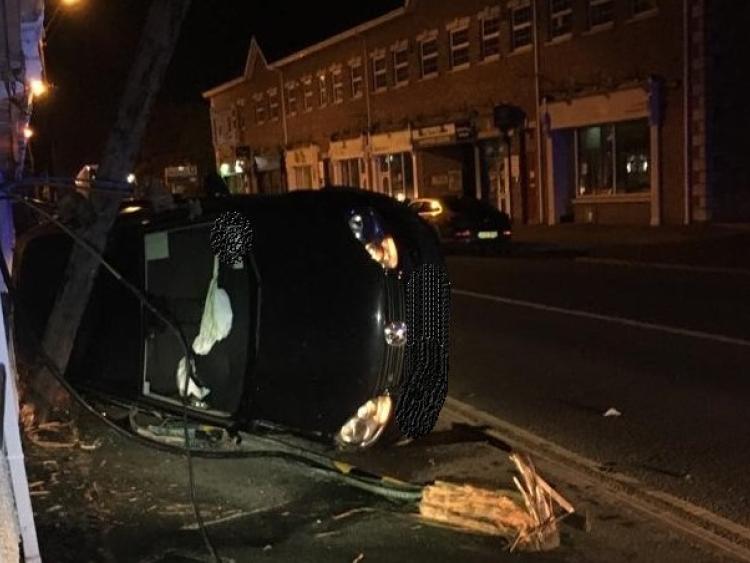 Gardai arrested the driver of this car who was nine times over the legal limit. Picture: An Garda Siochána

Gardaí recently arrested a driver who was found to be nine times over the legal alcohol limit.

The driver was in a vehicle which overturned on the Sallins Road, in front of the terraced houses at Fr Murphy's Place opposite Naas Town Centre.

The man, described by An Gardaí as a 'suspected drunk driver', was 'very lucky to escape injury', according to gardaí. Investigations in the case are ongoing. 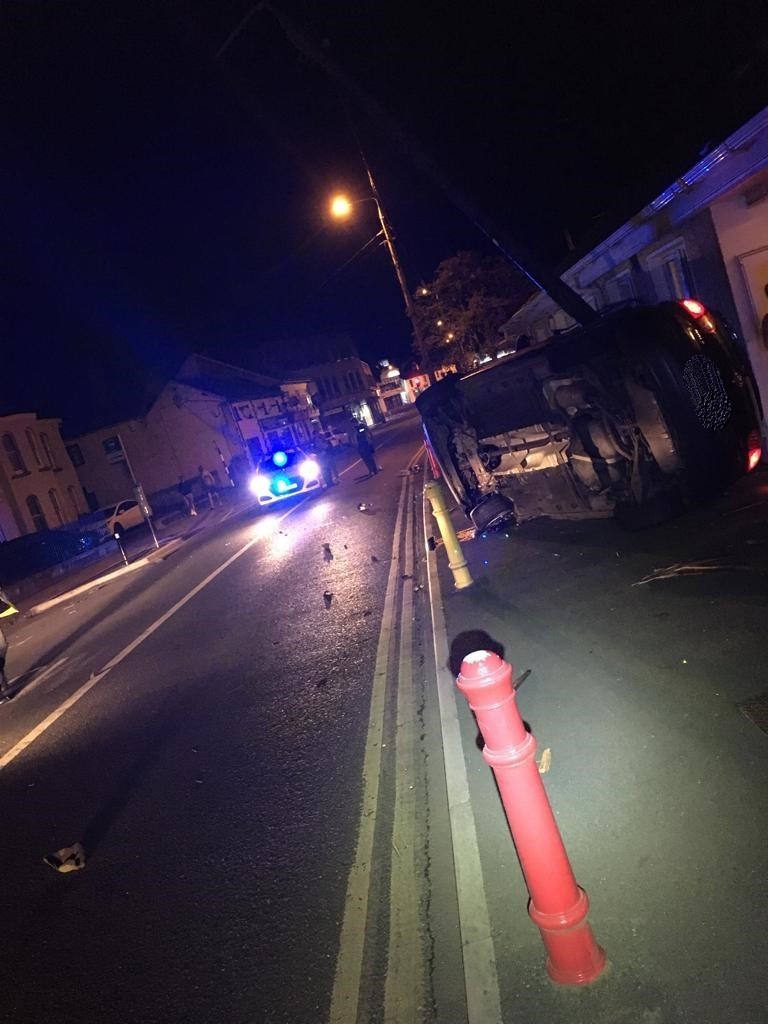 The car was on its side on the Sallins Road, Naas

Meanwhile, Naas Gardaí also recently stopped a van which undertook a garda vehicle on the N7. The driver, who was arrested for driving under the influence, was found to be six times under the limit and also disqualified from driving at the time. A court appearance is due in that case, according to gardaí. 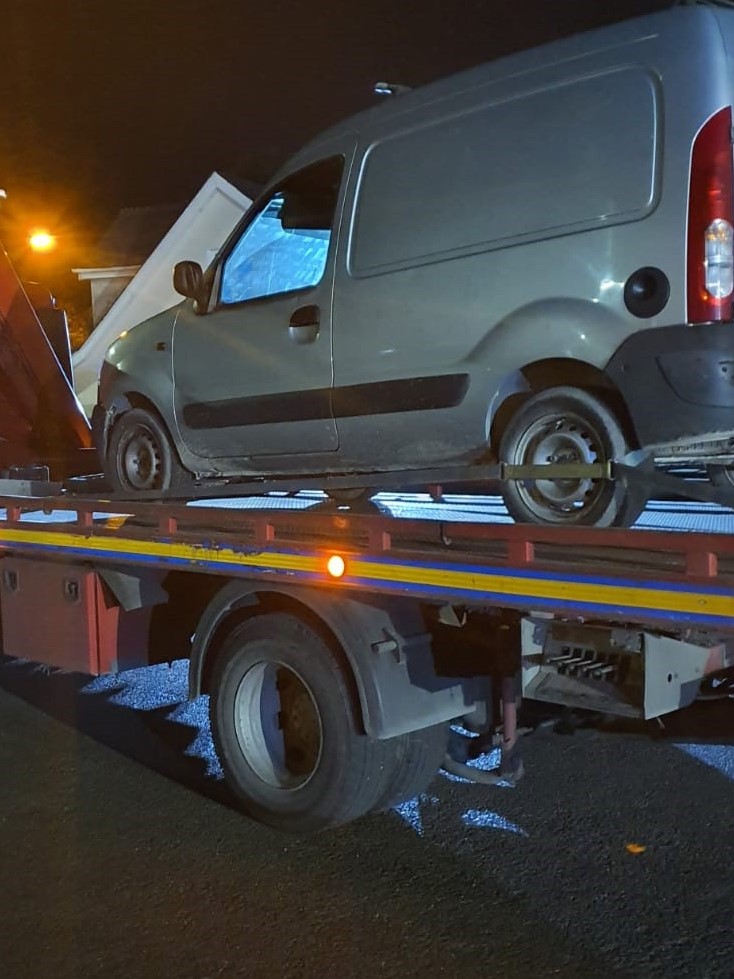 The van which undertook a garda vehicle on the N7, and whose driver was found to be six times over the limit. Picture: An Garda Siochána