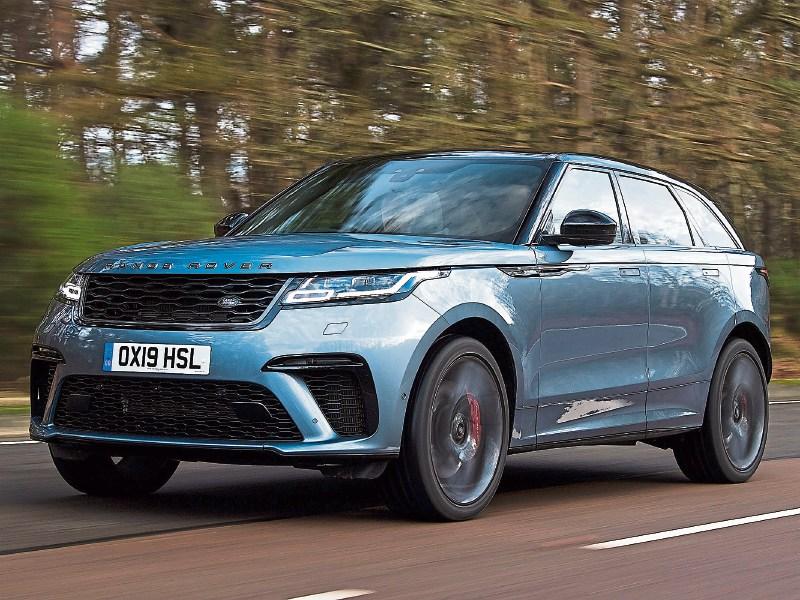 Land Rover are of course past masters at making 4x4 vehicles and now to carve out an even greater share of the luxury SUV segment they have launched the Range Rover Velar.

Before you get too excited let me tell you prices start at €62,240 and go up from there depending on specification you choose.

Two diesel engines power the new Velar a 180 bhp or a 240 bhp diesel and all models are four wheel drive with an auto gearbox.

So has it any street cred?

Absolutely. Its a most imposing looking 4x4 with a fresh take on the Range Rover style.

I really like the clean exterior style of the new Velar with the recessed door handles. It looks very modern.

Inside the beautifully finished cabin the most dramatic thing one notices is the lack of any buttons and dials. The instrument cluster is digitally generated and their are two high definition 10inch touchscreens that allow control of all the usual functions you would normally expect a button to do. So in effect it looks like two big rectangular iPads in the centre console control everything the top one even electrically raises itself from its reclined position flush with the centre console. The screens quickly get covered in fingerprints but otherwise work well enough. I guess you either love or hate that type of thing in a car but thats the way its going, even the steering wheel controls are just touch sensitive rather than buttons.

I really liked the two tone leather interior and generous standard kit. It has real wow factor and feels special inside.

So what’s under the bonnet?

All models are all wheel drive and automatic. A 2.0 litre diesel is available in 160bhp and 180 bhp outputs but for me these engines don’t give that lovely sound or power of the V6 300 bhp diesel SE R Dynamic I had on test. Mated to a lovely eight-speed auto gearbox and permanent intelligent four wheel drive the Velar V6 is a fine power plant. It endows this big car with plenty of get up and go and yet is refined emitting a lovely V6 rumble when pushed on. So go for the 300bhp V6 diesel if your budget will stretch to it. Fuel economy is not too bad either I burned on average 7.9 litres per 100km. Road tax is €570.00.

The new Velar drives very well indeed and will hurtle down the road in hushed silence. Range Rovers are not bought for their nimbleness on a country lane rather more for elegant stately progress but the Velar with its air suspension and different driving modes such as Sport quits itself very well through the corners. You do feel its size of course but it proves really good to drive too.

So what is the verdict?

The new Velar is without question the most gorgeous looking luxury SUV out there! Its stunning style, great levels of equipment, that futuristic glass cockpit and acres of leather make it a very special place to be.

It has Land Roves legendary off road ability combined with a more sporty tone. I loved it. Prices start at €62,240. The 3.0 D V6 R-Dynamic SEmodel tested costs €99,010. Pricey but you will want to empty the piggy bank to own one!