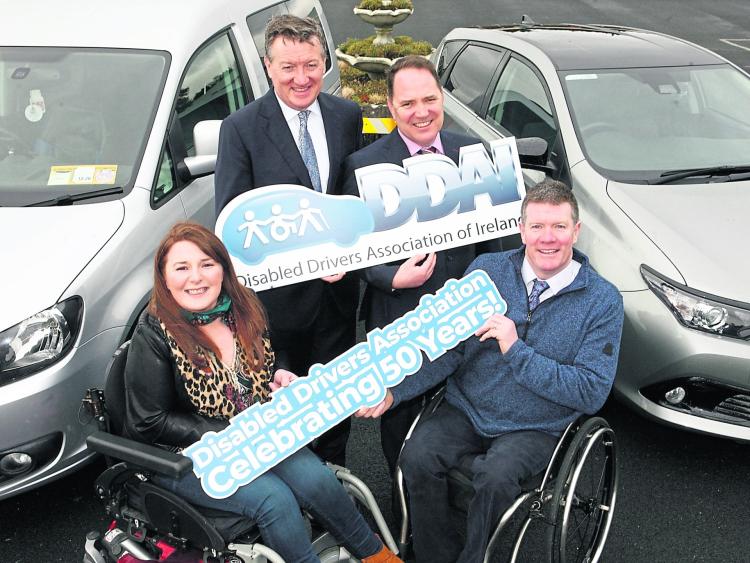 The Disabled Drivers Association of Ireland (DDAI) is celebrating 50 years behind the wheel this year in driving independence and equal opportunity.

It was established in January 1970 amidst a wave of national protests at the lack of government supports for drivers with a disability in Ireland. It now has over 5,000 members and helps thousands more to learn to drive or begin driving again following injury or illness.

Since its inception, the DDAI has been at the forefront of advocating for government initiatives to improve access for its members to society and to contributing in full to it. It has been involved in many initiatives designed to make life easier for disabled drivers.

It was centrally involved in the introduction of the Disabled Drivers and Passengers Tax Relief Scheme and subsequent improvements to it.

The tax relief scheme is currently used by around 12,000 people at present. It works closely with the Garda Siochana’s Operation Enable and other organisations to tackle illegal parking in accessible spaces.

Recently, the DDAI has been working with Transport Infrastructure Ireland in developing a nationwide solution that will fulfil disabled drivers’ exemption from toll fees, with further details to be announced later this year.

It became the charity partner for the FuelService app in Ireland in early 2019, which helps drivers to locate and contact a participating service station where staff are available to help them refuel.

“People with a disability, who don’t have many of the transport alternatives available to them, have to adapt a vehicle as best they can from their own resources, if they want to access education, a career or a social life or be reliant on other people.
The DDAI will also be marking the half century with a conference and celebration lunch in April 2020 with some special guests, including former RTE presenter Anne Doyle and activist and sports journalist Joanne O’Riordan.