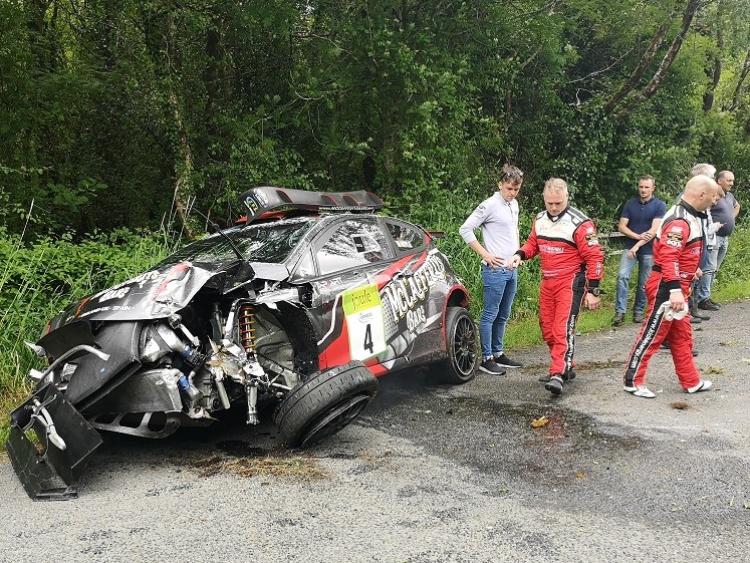 Donegal’s Declan and Brian Boyle are out of the Joule Donegal  International Rally following their crash on Gartan SS 9.

The Donegal crew, who had led the rally overnight, had dropped back to fourth after losing a lot of time on SS Stage 8 with a puncture. It is believed they were going flat out to make up lost time when they crashed out.

Meanwhile, Monaghan driver and former winner Sam Moffett leads the rally at the end of SS 10 ahead of  Craig Breen by 2.8 seconds with Derry man Calum Devine in a Fiesta R5 in third place and another former winner Garry Jennings is up to fourth place.

Other Donegal crews inside the top ten and going well are three in-a-row winner Manus Kelly in eighth place with Joseph McGonigle in ninth place.