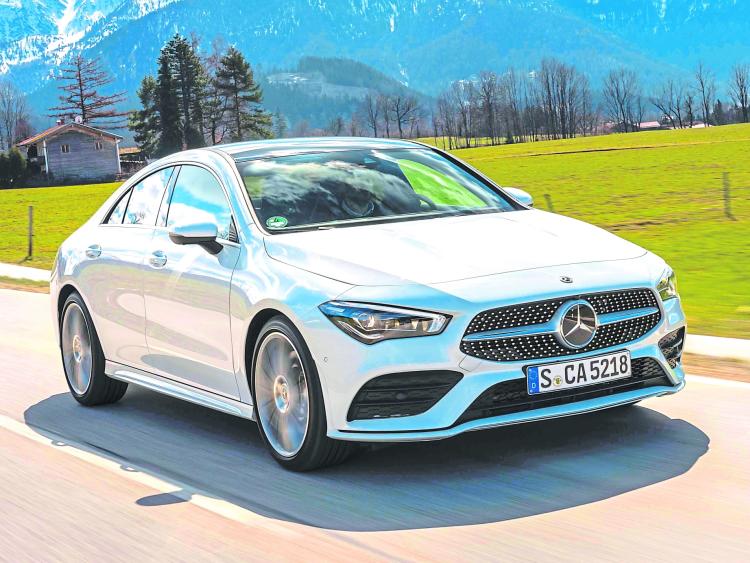 The new Mercedes-Benz CLA 4-door coupé — successor to a model widely regarded as a design icon when first introduced here six years ago — has arrived on the Irish market.

Destined to be a flag-bearer for Mercedes-Benz’s increasingly popular New Generation Compact Cars, the arrival of the new CLA — with its even more grown-up appearance — sees the model move up a notch to a new higher position within the luxury carmaker’s competitive chain, leaving space into which the new A-Class saloon will move.

As Ciaran Allen, their sales manager in Ireland puts it: “The arrival of the CLA adds to the cross-generational appeal of Mercedes-Benz, creating what many have come to think of as ‘Generation Benz’ — style-conscious young male and female drivers for whom design, technology and motoring enjoyment are amongst life’s great pleasures.

“With the new CLA, we expect to be even more successful in attracting this generation and, in this way, build a strong presence for Mercedes-Benz beyond its traditional base in an ever-growing segment of the market that was previously the preserve of others,” Allen added.

With design norms that echo those of its range-topping siblings, CLA is fully equipped with high-tech driver assistance features that combine with new design elements and subtle body and interior detailing that give its a fresh new appeal whilst preserving all of its original allure.

A low-slung, coupé-like body with front diamond patterned grille and bold central star, point to its sporty character — an effect accentuated by subtle power domes, a wider track, flared arches and set back position of the passenger area.

Changes are especially evident inside as high-tech enhancements and eye-catching design elements predominate. Check out your local dealer.