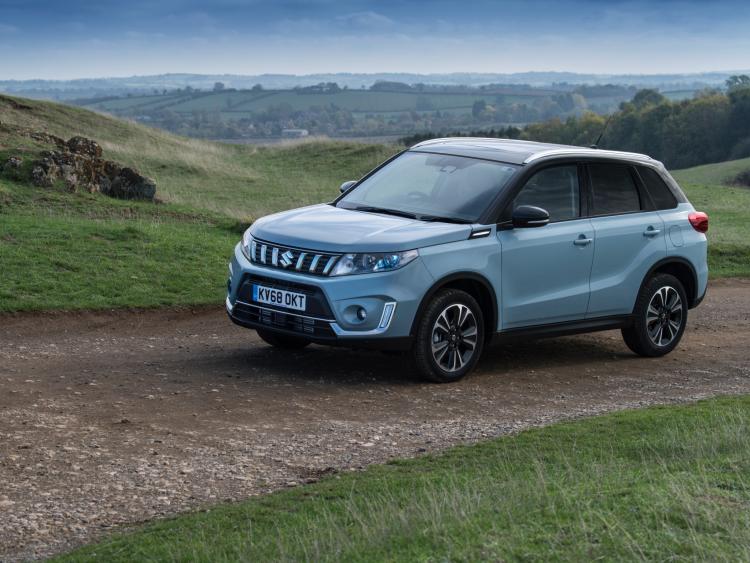 Suzuki will drive the petrol route with the just introduced new Vitara, a range that has been a huge success in the Irish market since it was launched in 2015, writes John Knox.

There are five and 6-speed manuals and 6-speed automatic variants, and an ALLGRIP ‘Select’ four wheel drive is available on the SZ-T and SZ5 models.

New Vitara, Suzuki insisted at the Irish launch, is the most technically advanced model to date with big improvements in all areas, including safety with the addition of lane departure warning and prevention, traffic sign recognition and blind spot monitor on the two top grade versions.

Suzuki insisted the Vitara range launched in 2015 was a massive success, and in a market sector that has mushroomed since, it sold roughly 1,400 units in Ireland over the past two years.

The latest Suzuki Swift is also selling exceptionally well, and the company is confident it can hold its place in the Irish market.
Petrol sales here grew by around 20% last year, and with a like drop in diesel sales, Suzuki reckoned they can deliver more volume by concentrating on the petrol sector.

The 1.0-litre three cylinder Boosterjet has an output of 111PS and is also Direct Injection turbocharged. The engine offers 170Nm of torque from 2,000rpm through to 3,500rpm. The optional 6-speed automatic transmission model offers 160Nm of torque which is available slightly easier from just 1,800rpm through to 4,000rpm. Boosterjet technology is developed by Suzuki and is characterised by improved fuel efficiency and driving pleasure made possible by using a small displacement, high torque turbocharger.