Acquired Brain Injury Ireland: Don't drink alcohol if you're getting behind the wheel 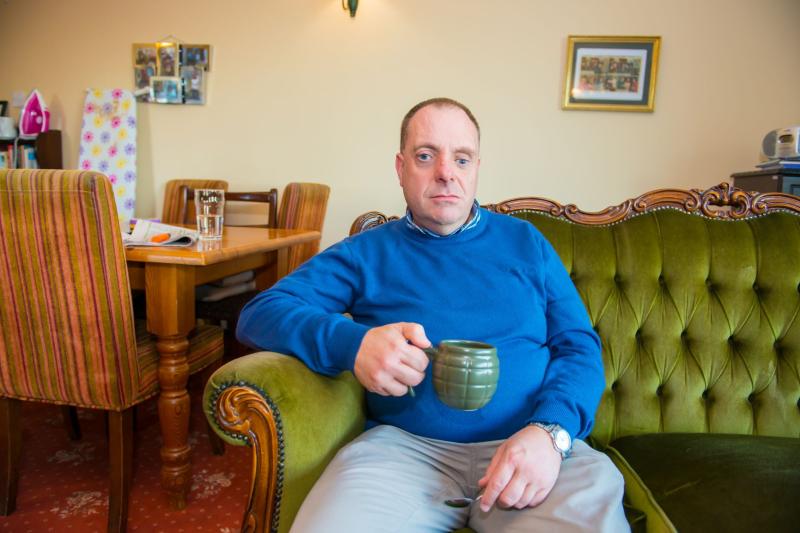 “You won’t forgive yourself,” is the honest and heartfelt message from brain injury survivor Derek Crilly to anyone tempted to drink and drive this festive season.

After almost 30 years, Derek has bravely decided to share his story as a warning to anyone considering driving after taking alcohol this Christmas.

Derek, 50, said: “The lorry crashed into the car and my life changed forever. I had head injuries and was put on life support for two weeks. I was even given the last rites because I was so badly injured.”

A talented hurler and bright college student, Derek’s life as he knew it was wiped out in an instant and instead he was left blind and in a coma for two weeks. As well as losing his sight, Derek sustained serious physical and cognitive injuries.

Derek continued: “I was unconscious for a long while and when I regained consciousness, I couldn’t see and I couldn’t speak. The accident took everything away from me.”

Latest figures from the Road Safety Authority confirmed that alcohol is a factor in 39% of fatal crashes in Ireland and last year (2017) almost 9,000 drivers were arrested here on suspicion of drink driving.

Acquired Brain Injury Ireland Chief Executive Barbara O’Connell expressed concern at the continuing high trend in drink driving and the often invisible, traumatic impact it has on families all around Ireland left to cope with brain injuries.

Ms O’Connell said: “Brain injuries shatter lives and one of the biggest causes we see is road traffic accidents. Most people don’t know about brain injury and they don’t know the devastation it causes which is why it is extremely brave of Derek to share his story and put a face to the trauma people are living with every day. There are 150,000 people like Derek, living today with a brain injury in Ireland and what’s worse, there are 30 new brain injuries happening in this country every day. It is beyond concerning to see that already in the first nine months of this year, the drink driving trend continues with almost 6,600 motorists arrested so far for driving under the influence.

“We fully support the introduction of new drink driving penalties last month (Oct 2018) including a 3-month mandatory disqualification for anyone with blood alcohol concentration between 50mg-80mg. Please, this Christmas, don’t drink alcohol if you’re getting behind the wheel. Too many lives are lost and as we know all too well, too many young lives like Derek’s are robbed from them.”

Derek concluded: “Acquiring a brain injury at 21 years old means there will be a lot of dreams you may never see through. Life changes but it doesn’t end. Acquired Brain Injury Ireland has allowed me to set new goals and see different dreams.”

Acquired Brain Injury Ireland is the country’s leading provider of community rehabilitation for those of working age (18-65 years) living with and recovering from an acquired brain injury. At any one time, the national not-for-profit organisation delivers dedicated individual rehabilitation and support to 1,100 brain injury survivors and their families, to rebuild their lives.