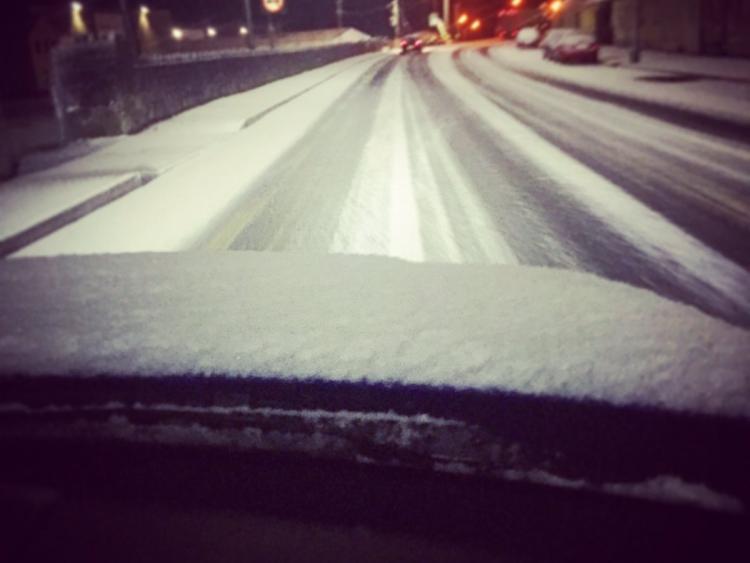 Motorists in Longford are being urged to drive with care after wintry conditions in many areas over night.

A light snow fall early or in the night was followed by freezing temperatures.

Many back roads in particular are in a dangerous condition. And some road collisions have occurred.

#LONGFORD The N55 has reopened between Edgeworthstown and Granard following the removal of a jack-knifed truck. http:///www.TheAA.ie/Newsroom

The N55 between Edgeworthstown and Granard was closed for a time and it has since reopened following the removal of a jack-knifed truck.

Met Éireann has a National Snow-Ice Yellow Warning in place up until 12 noon today.

Met Eireann have issued a yellow warning for scattered snow shows for Thursday night & Friday with accumulations of less than 3cm possible. If you encounter snow or ice on the roads, slow down, avoid braking harshly and use all controls very delicately. Beware of black ice. pic.twitter.com/AFt4Sd77An

The RSA is advising motorists to slow down, avoid braking harshly and use all controls very delicately. Beware of black ice.

Traffic Alert: Met Éireann are forecasting low temperatures tonight with snow accumulations in the west/northwest of the country
An Garda Síochána are asking road users check local weather & traffic conditions and be aware of conditions before setting out on trip#ArriveAlive pic.twitter.com/t5NEPsUHpA