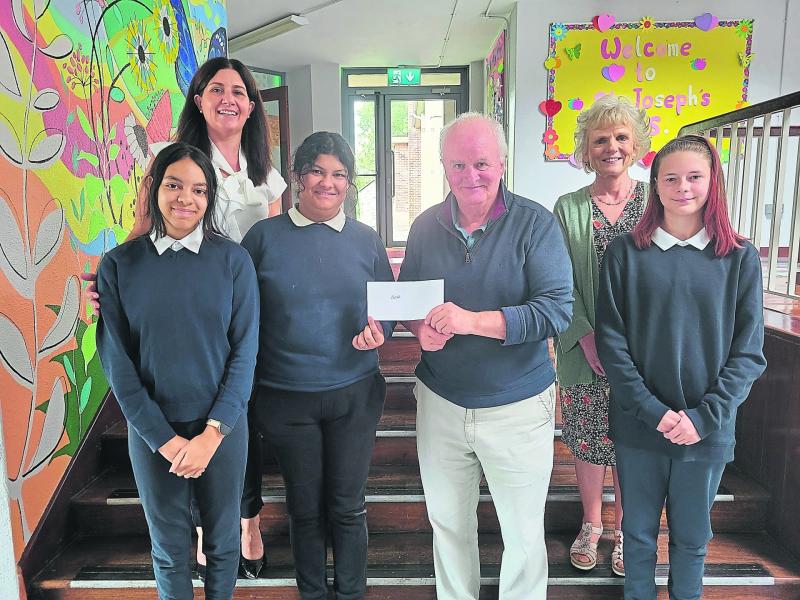 Pupils from St Joseph's National School in Longford have only just returned to the classroom, but they are already making a difference in developing countries.

Sixth class students presented a cheque, raised as part of a school fundraiser run in June, to a local GOAL representative.

John O’Shea founded GOAL in 1977 when he experienced first hand the plight of street children in Kolkata (Calcutta). Since then GOAL has responded to almost all of the world’s major humanitarian crises since, working with vulnerable communities in more than 60 countries.

GOAL’s purpose is to save lives and empower communities to develop resilience and greater control over their lives and livelihoods.

The St Joseph's National School student's fundraiser is in keeping with the school's misson to provide a holistic education for all pupils in developing the social, personal, spiritual, academic and aesthetic aspect of the child.

The Sixth Class students along with their Principal, Orla Egan, and Deputy Principal, Ann Harte, presented the cheque for €650 to Tiernan Dolan from GOAL.

The money raised was the proceeds from the non-uniform day which took place last June. Tiernan thanked students and staff for their generous contribution. The money will be put towards a children's project supported by GOAL.

Tiernan also visited pupils from the school's three Sixth Classes and talked about the work undertaken by GOAL in developing countries.