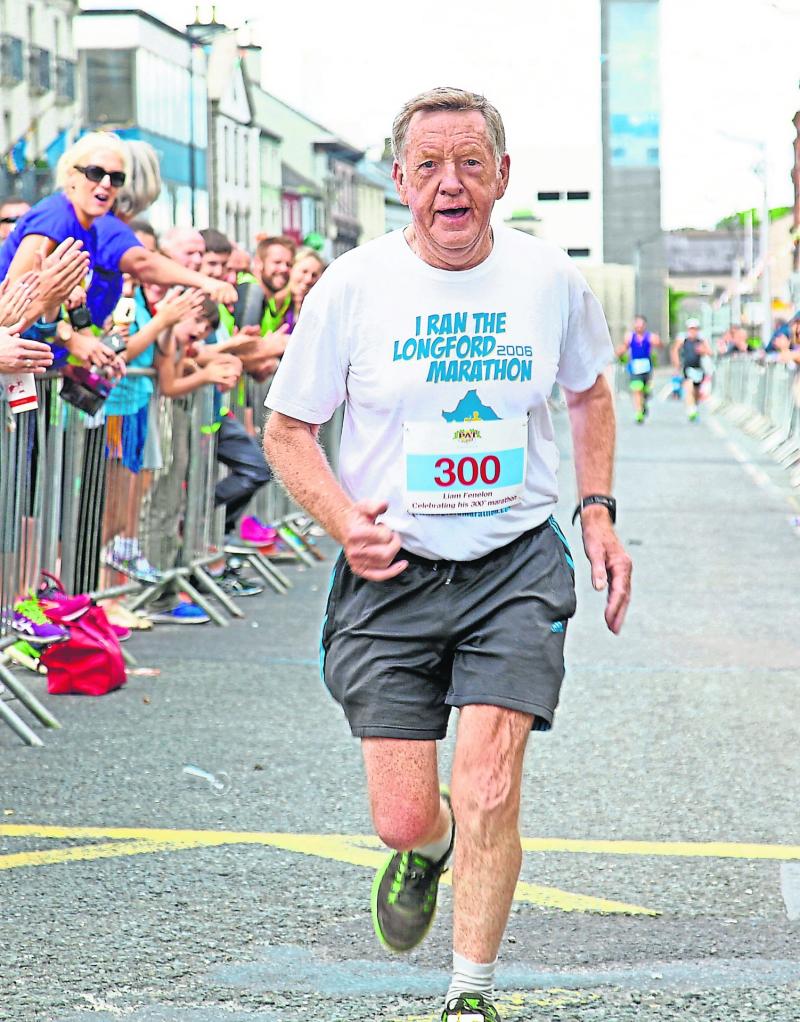 Following a two year hiatus the 2022 Abbott Longford Marathon returns this Sunday, August 28. The intervening years were not a fallow time for Longford's most experienced marathon man.

The 19th iteration of the 'The Friendly Marathon In The Heart of Ireland' will see Liam Fenlon rack up his 343rd marathon. Back in 2003 Longford hosted its first marathon so Liam could run his 100th marathon in his home town.

That race attracted 300 runners and since then it has continued to grow in popularity. In 2009 Liam became the first Irish runner to clock up the double century and is one of the oldest in the world with such a record.

He has run every marathon on this island; including Galway, Dublin, Belfast, Cork and Connemara. Lockdown did not hinder Liam's progress, with the octogenarian going virtual to complete the Malin Head to Mizen Head, Lands End to John O'Groats, Route 66 and the Camino challenge.

“I averaged about 80 miles a week,” Liam says of his running activity during lockdown, “I did an awful lot. My running route was pretty much everywhere.”

The annual event may not have taken place in real life, but Longford's marathon man was very busy: “I also did the Comrades Marathon. It's an ultramarathon of around 89 kilometres run annually in the KwaZulu-Natal province of South Africa between the cities of Durban and Pietermaritzburg.

“It's the world's largest and oldest ultramarathon race. I ran it with Peter McGlynn, a friend of mine from Donegal. We did it virtually, starting at night. We did it in 15 hours and eight minutes.”

“It was the 100th year of the Comrades Marathon. As it was virtual we ran all around Longford. You log your time and distance on your running watch and then submit it. We got medals and tee shirts for completing it,” he tells.

Liam says he's looking forward to the buzz of the race day this Sunday: “It's great to have it back. There is a lot of organisation, but it is such a great event. We have Abbott behind us, they are a great support.”

Participants are advised that if they entered the 2020 event, and did not opt for a refund at the time then their entry will be automatically transferred to this year's event.