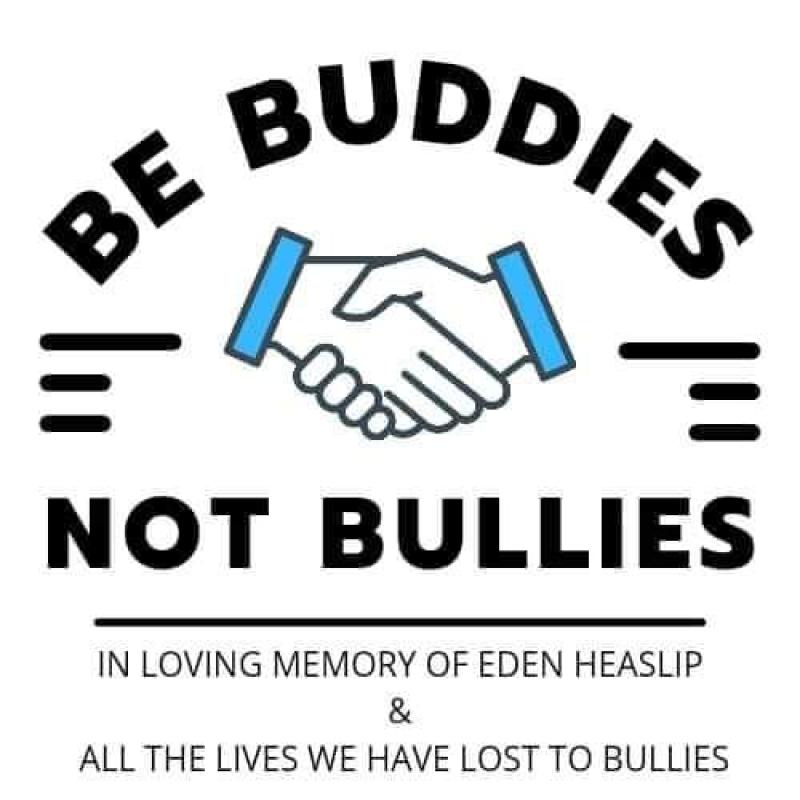 The family of a teenager who died by suicide is encouraging the people of Longford and afar to help raise awareness about bullying and its consequences.

Eden Heaslip's family is collaborating with the SmileForMe initiative on a car sticker campaign which they hope will bring bullying to the forefront of people's minds.

After a concert in his memory was postponed, the campaign was suggested due to Eden's love of cars and has now rocketed in popularity.

“It's like a factory at home trying to cut up all the stickers,” Eden's sister, Chloe, told the Longford Leader. “The reaction has been amazing [with] support all around the country, they're going everywhere.”

According to Chloe, the stickers are circulating in Galway, Dublin and Donegal, as well as Longford and farther afield in New York, Australia and Holland.

She said, “I think a lot of people think it doesn't happen nowadays. The whole reason we've done interviews is to get people to talk and not just to say 'Are you being bullied?' but 'Are you bullying someone?

“Just to say it out in the open, even if someone said, 'You know what, my actions weren't nice there, I should've done that differently. I'm going to apologise and won't do it again', that's kind of breaking the cycle, because it needs to be broken.”

Founder of SmileForMe, Leanne Coyle, said the stickers – which feature the phrase 'Be buddies, not bullies' - are a reminder that bullying is everywhere. She said, “The message is very universal.”

She said, “Keeping Eden's memory going and who he was going is so important. If the Longford people and the shops got behind it, it would just be phenomenal.”

Chloe and her family are raising awareness any way they can, with her brother Finn hosting a 'Shave, Wax or Dye' fundraiser resulting in thirty Cavan locals dying their hair and raising €15,000.

She said, “Even my cousin's grandad, who's in his eighties, dyed his hair last weekend. It's not just young people, it's older people as well who recognise something has to be done.”

The family hopes legislation will be enacted to introduce serious penalties for people who bully, and particularly for bullies whose actions result in suicide.

Chloe has been in contact with a number of politicians and although she described the process as “slow”, she said, “I won't stop until there's something. It's not right the actions people are doing and getting away with.”

“It's happening to everybody and all we need is for people to stand up and say 'This is not on'.”

“[The stickers are] only five euro, that's the price of a bag of chips and a can of coke, or a pint. We want to help people, it's not just about our family, it's about the people of Ireland.”

Her father, Raymond, has suggested using the proceeds to set up a confidential phone line or text line to report bullying, as young people often turn to social media or the internet rather than approaching teachers or other responsible adults.

Chloe said, “If it helps one person, that's all we want, for people not to go through what we're going through.”

The stickers are currently available at ROR Tractor Parts and St Christopher's in Longford.