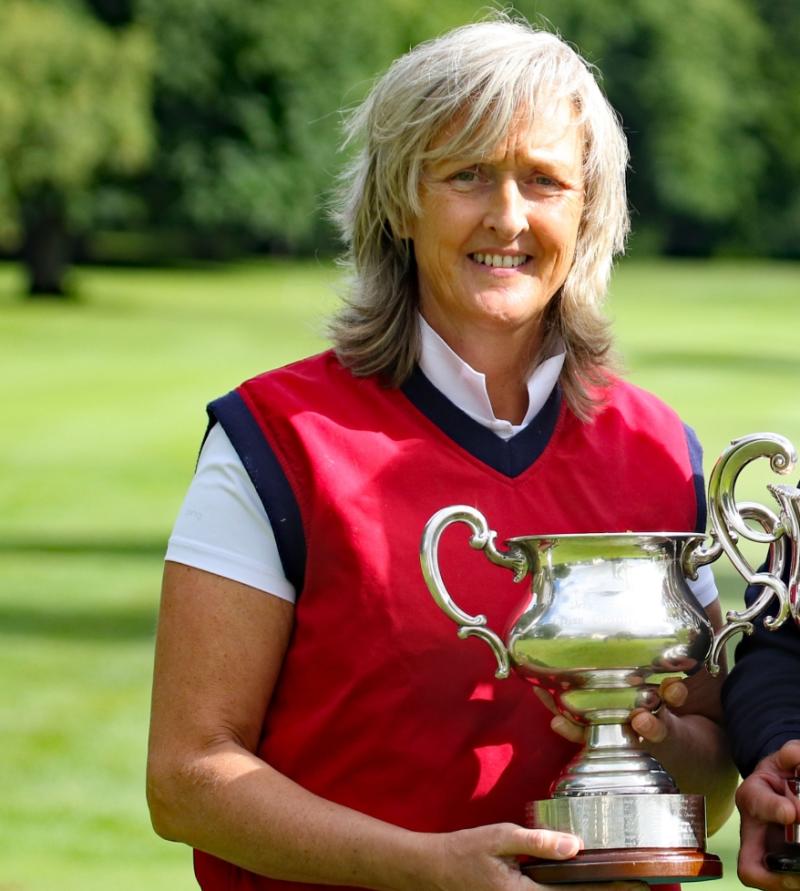 Longford native Deirdre Smith from Colmcille played some magnificent golf to win the 2022 Irish Senior Women’s Amateur Close Championship staged in Thurles GC last week.
After coming up short in last year’s final, Augnacliffe’s Deirdre Smith added her name to the Women’s Senior Close roll of honour defeating 2014 champion Laura Webb 4&3 in the Final on Friday last.
“I played my best golf of the week in the Final”, Smith, a member of the Co Louth Golf Club, said after her fantastic win. “I was a bit slow in the first two days. I found something in my swing and brought it into the final.”
Smith took the lead on the third, and only lost one hole in the final, eventually winning on the 15th green.
“I grew in confidence when the shots came. I knew I had to play really well to beat Laura because she is a really good player. It’s not often you play your best golf in the Final but I’m delighted I did.”