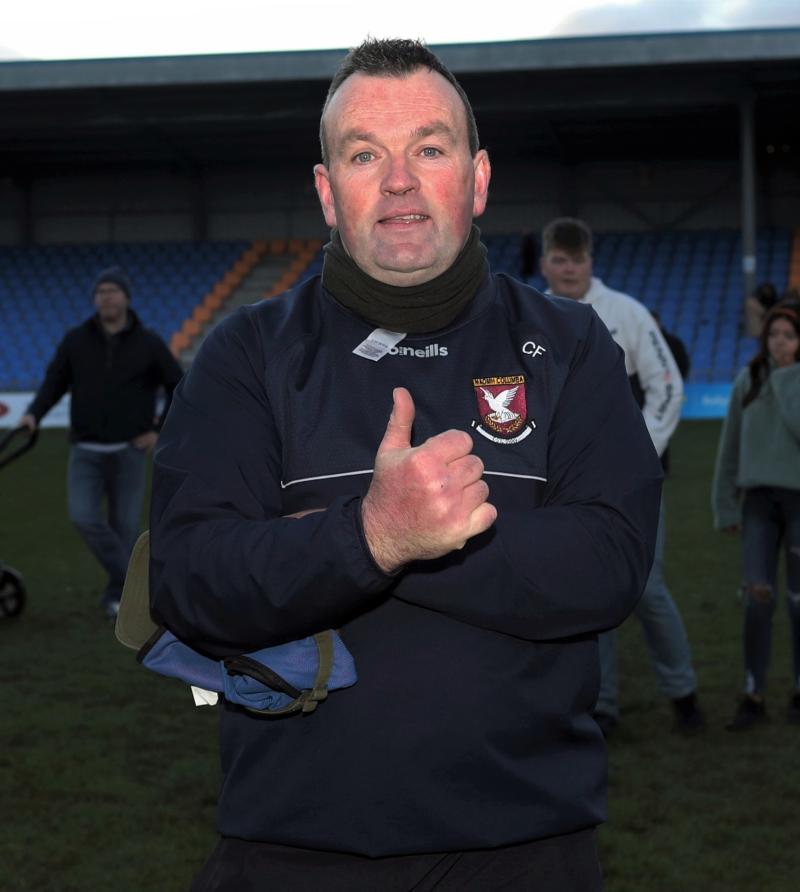 Not many managers succeed in masterminding a senior title in their maiden season. But that’s exactly what Ciaran Fox managed to do on Sunday with Mullinalaghta St Columba’s and understandably, he was very satisfied with the achievement.

Longford SFC Final reaction: Hard work is the cornerstone on which Mullinalaghta’s success is built

In 2010, the Sean Connolly's clubman managed Longford minors to win a Leinster title. Since then, the highly regarded coach has worked at several clubs, but a first senior success eluded him until Sunday.

When Mostrim last played in a county final in 1992, Fox was one of the stars of their opponents, Connolly's. However, injury deprived him of playing in that final.

The Mullinalaghta supremo told the Leader, “At the start of the year, we looked at how good we could be.”

He added, “We worked as hard as we could. It may be a cliché, but we have taken one game at a time.”

His view on Mullinalaghta is simple. “A superb parish, and a superb club, with superb individuals. This is a fantastic achievement by a club with great players,” he commented.

On the day, Fox stated that his team “did the simple things right.”

“Our experience and composure were important,” he added.

“I have huge respect for Mickey Graham and John Denning and the influence they have brought to bear on this team,” he commented.

Fox also acknowledged the contribution of Man of the Match Cian Mackey but emphasised that it was not about one individual.
“Cian fitted into our team. However, he had to earn his place on the team. Everyone plays their part, and it is not down to one individual,” he remarked.

However, he did acknowledge the influence of the former Cavan star. “He brought high standards to a club of high standards,” he commented.

The attention of Fox and Co. will now turn to the Leinster Club Championship and a meeting with Wicklow standard bearers Blessington on Sunday week in Glennon Brothers Pearse Park.

Ciaran smiled when this was mentioned. “We have been taking it just one game at a time and our focus was on Mostrim today,” he explained.

That may be the case, but a home game against the Wicklow champions Blessington will surely be viewed as an opportunity by all in Mullinalaghta to embark on another exciting provincial campaign and an opportunity to scale the dizzy heights of 2018 when they became the first Longford side ever to win the Leinster Club senior football championship title.