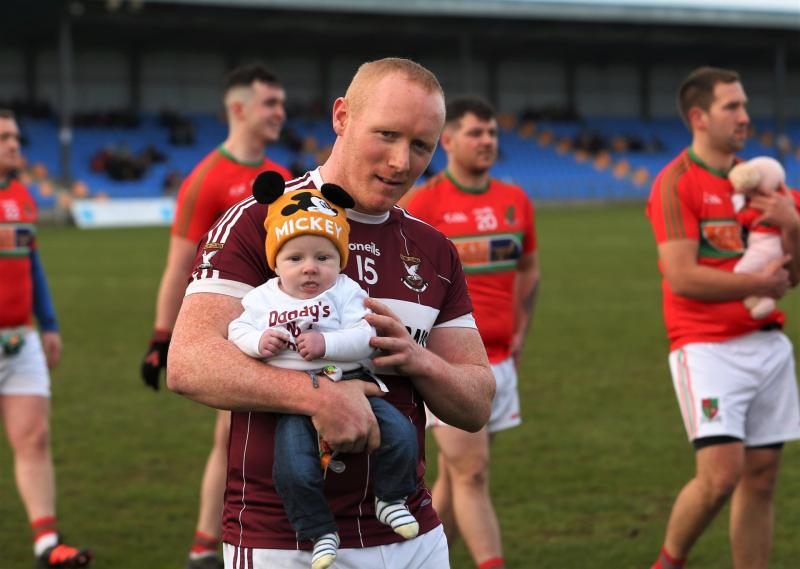 Roscommon star Frankie Dolan was previously honoured with the award when he starred with Ballymahon back in 2002.
From early on in this final, Cavan native Mackey stamped his authority on proceedings.

Starting at wing forward, he covered every blade of grass on the Glennon Brothers Pearse Park pitch, working ceaselessly and orchestrating much of the Mullinalaghta plays.

Here, he was defending on the full-back-line. There, he was in attack mode. He also scored a couple of points.

It is the type of high energy display that characterised his long career in a Cavan jersey.

He agrees that his role on Sunday was like his Cavan days. “There are similarities, what with tracking back and driving forward. You have to be working hard on this team or you are no good to the team,” he explained.

Hard work. This point keeps getting referenced by players and management of Mullinalaghta.

Mackey came in with a big reputation and he had also previously won two county titles with his native Castlerahan. However, in his new club, he was required to roll his sleeves up and work like everyone else.

The way he describes it, it was a seamless move from one high end set up to another. “Castlerahan also had a high end set up, so it was simple in that sense for me. However, it was a breath of fresh air to win something somewhere else,” he stated.

“Winning any championship is a huge achievement. The camaraderie is also a big part of it,” he added.

Mackey’s club career hasn’t all been highs, as he also lost four Cavan county finals with Castlerahan. “Not all glory years,” as he puts it himself.

But with his Cavan days over and a county title in Longford in the bag, he is clearly enjoying his football.

“There is a depth of talent here in this club. My son CJ, who is three months old, is here today and in 20 years’ time, it will be nice to look back on pictures of this,” he commented.

Mackey is hoping that his experience helped some of his younger colleagues. “You would be hoping that your experience would rub off alright, that lads would take your advice on board,” he remarked.

“There is a drive and a hunger to keep going in this team,” he stated.

That drive will now be focused once more on Leinster, where Mullinalaghta enjoyed such an epic run three years ago. They face Wicklow winners Blessington in Pearse Park on Sunday.

“These boys know what it takes in Leinster. However, it will be one game at a time,” Mackey remarked.