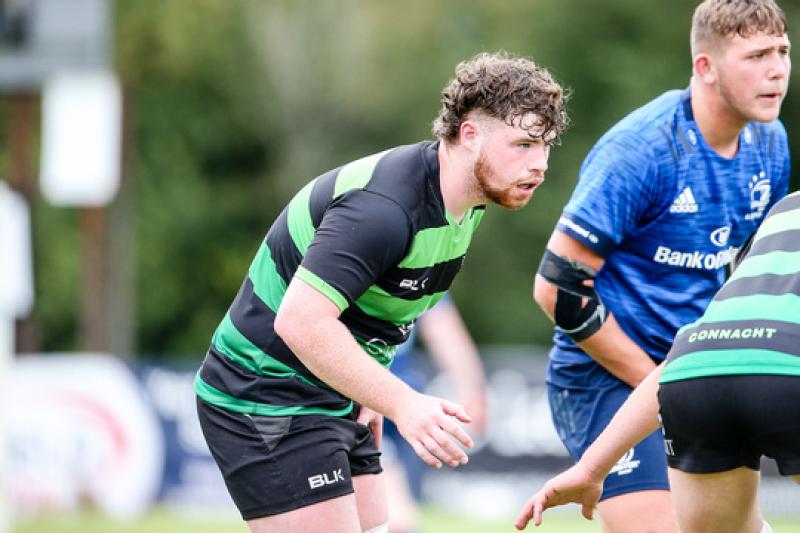 Talented young Ballymahon rugby player, Charlie Byrne has been selected for the Ireland U-18 clubs team that will face Italy in the Stadio Comunale Monigo, Treviso, tomorrow, Saturday, October 30.

Marist College Athlone student Charlie (17) earned the call up following a tough IRFU PWC U-18 men's campaign and he is looking forward to representing Ireland.

Charlie, son of Valerie (née McGoey), originally from The Rustic Inn, Abbeyshrule and Peter Byrne (Peter Byrne Developments and owner of Skelly’s Bar, Ballymahon), goes into the Irish IRFU Camp next Monday, October 25 and he is wished every success.

Charlie, who is brother to Maria, Eleanor and Eddie, received his primary education at Tang national school. He then attended Ballymahon Vocational School where he was a very happy student.

He transferred to The Marist College to concentrate on his passion for rugby where he trained and played games up to six times a week along with Buccaneers RFC and Connacht East.

In June, 2019, he was selected for Connacht  U-16 based in Galway. He played at No 8 against Munster U-16s and was also approached to play for the U-17s against Munster.

Charlie is a versatile player, having played as No 8 with Buccaneers and Connacht U16s and changed to No 3 Tighthead Prop with Connacht U-17s and 18s.

An avid sports allrounder, Charlie also has a passion for GAA and he has played from the age of 8 years with the Leo Casey Club in his home town of Ballymahon. He played gaelic with Ballymahon Vocational School and also with the Marist College GAA, Athlone.

Charlie started off his rugby journey at Buccaneers Rugby Football Club in Athlone where he still plays for the U18s. He has consistently been provided with quality coaching support during his time at Tang NS,  Ballymahon GAA, Ballymahon VS, The Marist College, Buccaneers RFC and Connacht Rugby, and he will forever be grateful.

The Ireland Under-18 Clubs Match Day squad, sponsored by PwC, has been named for Saturday’s game against Italy at Stadio Comunale Monigo (Kick-off 1.30pm Irish time).

James O’Loughlin of Naas RFC and Leinster will captain Ireland for the showdown against their Italian counterparts in Treviso, with the game available to watch via a Live Stream.

Head Coach Brendan O’Connor has named 24 players in his Match Day squad having worked with the extended group at their King’s Hospital base this week.