'Hurling in Longford deserves to be treated with higher regard' 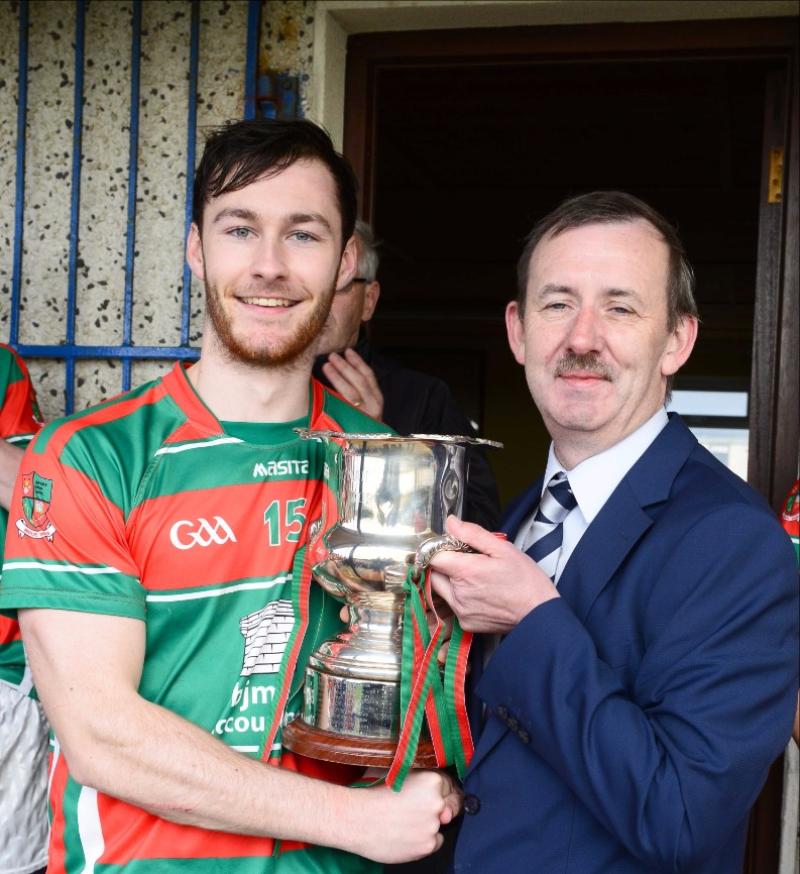 The Wolfe Tones senior hurlers have 'decided unanimously that they may have to resort to removing themselves from the county panel' if their senior hurling championship final showdown against Longford Slashers, scheduled for this Wednesday night at 8pm in Allen Park, isn't moved to what they consider to be a more suitable date, time and venue.

Highlighting player welfare issues and a desire to play the final in daylight hours and on a weekend date at the county ground, Glennon Brothers Pearse Park, the Wolfe Tones players, in their statement addressed to members of the Longford County Board, said, "We believe that hurling in Longford deserves to be treated with higher regard and with the respect that all football clubs similarly and rightly expect."

There are eleven Wolfe Tones players involved with the Longford county squad and the players released their statement earlier this afternoon, Sunday, September 20.

Ten of their players are also part of the Mostrim senior football squad who upset the odds today and dumped Abbeylara out of the race for this year's Sean Connolly Cup. Mostrim, managed by Dessie Dolan Snr, will now face Killoe Emmet Óg in the Peter Hanley Motors Longford senior football championship semi-final.

The full statement from the Wolfe Tones players reads in full:

To the members of the Longford County Board,

The following email has been written on behalf of the Wolfe Tones senior hurling players in relation to the senior championship final, recently scheduled for Wednesday 23/09/20.

We as a group of players wish to state our opposition to the final being played on this date for the following reasons:

- We believe that the senior championship final should be played in the county ground, as has been the case in previous years and as will be the case for the football championship final. Due to the recent Covid-19 related announcements from the GAA, holding the final in a ground other than Pearse Park would also significantly impact the permitted attendance.

- We believe that the final should not be played under lights and should not be played midweek. All players have other commitments to fulfil and a large number of our players are currently working or studying in varying locations. This means players are being asked to travel significant distances after a days' work/study to play a county final. There is also concern that floodlights are not a safe standard to play hurling in Longford, potentially putting the player safety at risk.

- 10 of our players are also members of the local football club. These players are potentially being asked to play 3 championship games in 7 days, which again is a concern for player/welfare safety.

- We believe that a conversation should have been held with in an attempt to find a fixture date which works for both clubs involved. We are frustrated that this date was selected without consultation without consideration for the players involved.

The players wish to make it clear that we want nothing more than to represent our club in the county final. This is a goal we have worked towards since the start of the year. Given the unprecedented circumstances we have all experienced this year, hurling has acted as a means of maintaining social connections and the competitive element all athletes enjoy. We feel however that, given the aforementioned reasons among others, it is unrealistic to expect us to fulfil the fixture scheduled for Wednesday, September 23. We believe that hurling in Longford deserves to be treated with higher regard and with the respect that all football clubs similarly and rightly expect.

11 Wolfe Tones players are current members of the county senior hurling panel. If the county final is not changed to a daylight fixture on a weekend date, we have decided unanimously that we may have to resort to removing ourselves from the county panel. This is not a decision we take lightly and it is regrettable that we may be forced to make this decision. We welcome a discussion involving the relevant parties, and hope that this issue can be resolved meaning the senior championship can be contested in 2020.

On behalf of the Wolfe Tones senior hurling panel 2020.

Please see below a statement from our senior panel in relation to the fixing of the County Longford Senior Hurling Final for Wednesday evening at 8pm. pic.twitter.com/vpTKGoBsdA