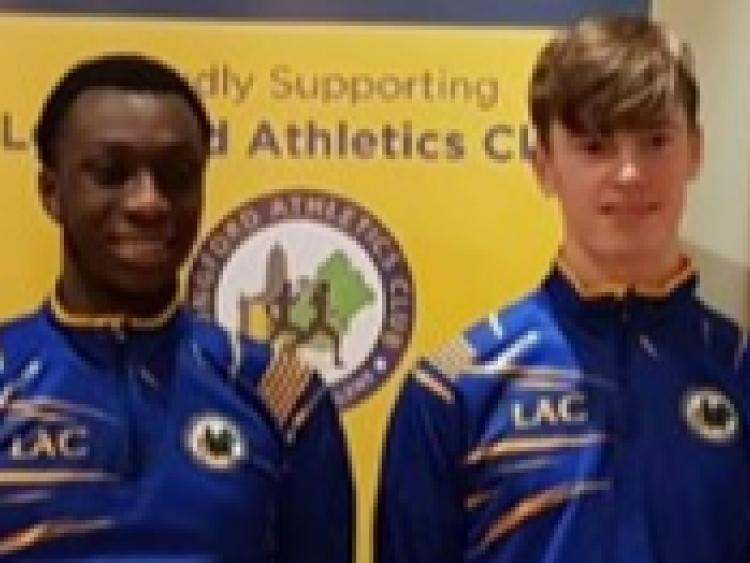 A superb achievement for Longford athletes Cian McPhillips and Nelvin Appiah who both won silver medals at the National Senior Track & Field Championships at Santry Stadium on Sunday.

Having won Saturday’s heat, Cian lined up in the 800m final full of confidence and boosted by the absence of international athlete Mark English.

After a relatively slow opening lap, the pace upped considerably in the final 300m with Cian moving up a place into second coming around the last bend before finishing strongly in 1:52.78 behind winner Harry Purcell (Trim AC). This excellent performance backed up 18-year-old Cian’s 5th place in a very competitive 1500m the previous week.

That’s what you call a celebration!

Harry Purcell takes the win in the Senior Men’s 800m final at the @irishlifehealth National Senior & U23 Champs!

Nelvin’s second place in the 110m hurdles final was a great achievement in an event he would be somewhat inexperienced in. He clocked a time of 14.77 behind winner Gerard O’Donnell (Carrick on Shannon AC). Nelvin’s performance sets him up well for a good showing in the hurdles at the National Junior T+F next Saturday. Versatile Nelvin (19) had a 5th place finish in the high jump on the first weekend of the senior championships.

Aaron Kelly produced a PB run in the 200m. Aaron crossed the line in 5th place in his heat with a time of 23.53 which also placed him 5th best overall under 23 athlete in the event.

Also read: Colmcille and Mullinalaghta to clash again in the 2020 Longford SFC quarter-finals