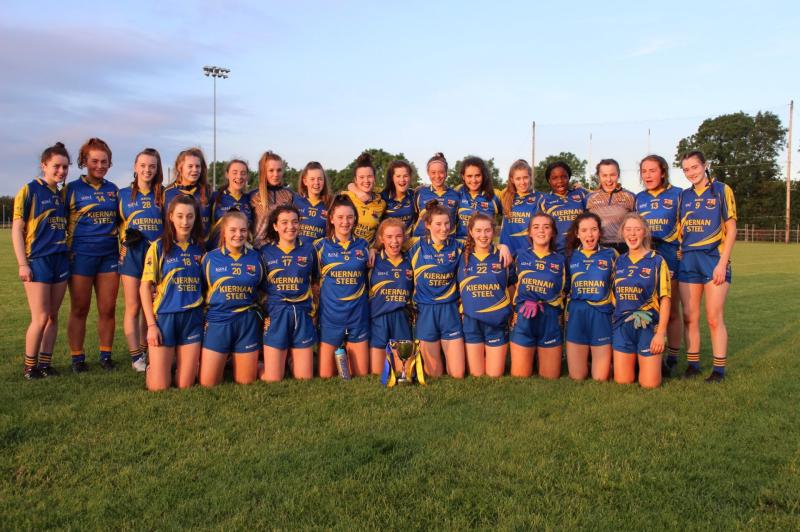 Longford went goal crazy as they were crowned Leinster Ladies Football U16 B champions this evening in Kinnegad, defeating Kildare by 9-10 to 1-11.

Longford led by 3-6 to 0-7 at half time with Molly Mulvihill, Kamille Burke and Grace Shannon netting the Longford goals.

The goal blitz continued in the second half with Lauren McGuire (3), Melissa O'Kane (2) and Kamille Burke finding the net and sealing a comprehensive win for Paul McGuire's charges.

The victory wrapped up a hat trick of Leinster titles for Longford, another piece of silverware to add to the U14 and U18 titles already annexed.