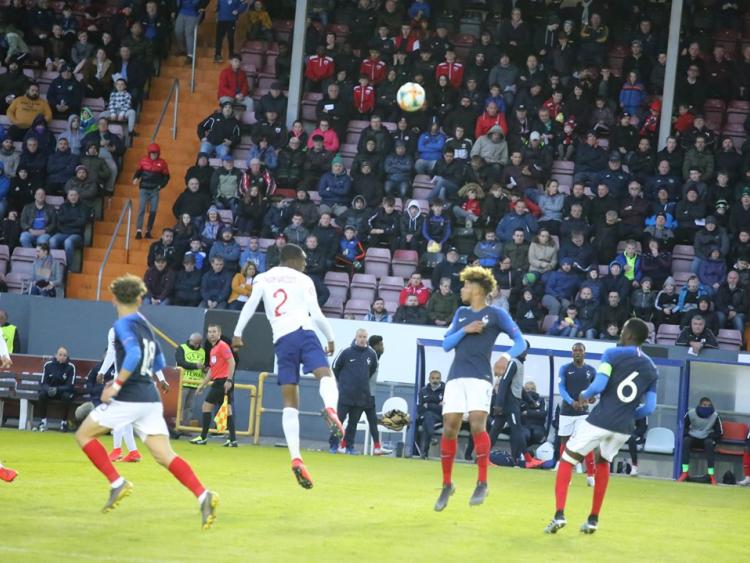 Award winning City Calling Stadium, Longford was in immaculate condition this evening as it played host to the eagerly anticipated France versus England UEFA European Under 17 Championship Group B tie.

A huge crowd flocked to the encounter and it ended in stalemate , France 1 England 1.

Longford Town ground staff, officials and stewards came in for much deserved praise for their staging of the fixture and the surface and facilities were quite simply magnificent. And to embellish a fine evening, Neale Fenn's De Town won 1 nil away to Drogheda.

Also read: Longford Town extend unbeaten run in the league with great away win against Drogheda

Arsenal's Sam Greenwood converted from the spot in the 34th minute after Cole Palmer was fouled to put England, seeking their first Euro U17 title since 2014, 1 nil up.

France equalised in the second half thanks to a 79th minute strike from Adil Aouchiche.

Our #YoungLions survive a late French onslaught to take a point from their #U17Euro opener.

Good effort, lads! Next up: pic.twitter.com/8OJIHFD55T