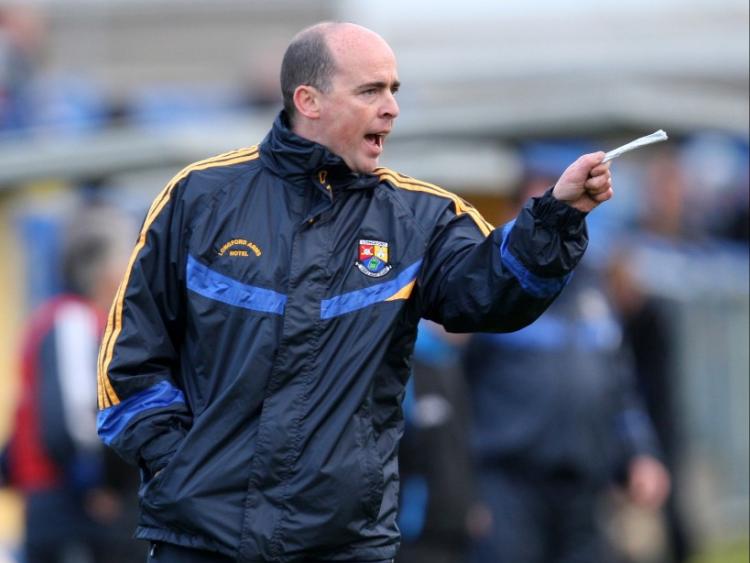 Padraic Davis will be confirmed as Longford's new senior football manager at a county board meeting later this month.

Padraic Davis’ coronation as Longford senior football manager may not be made for another two weeks as county board chiefs turn their focus to identifying a new county hurling supremo.

GAA officials want to tie in the naming of a successor to former hurling boss Colum O’Meara before officially rubber-stamping Davis’ ratification, the Leader understands.

The likely appointment of the 42-year-old auctioneer moved a step closer over the weekend when a Co Board dispatched tweet confirmed that Davis was the preferred candidate of its selection subcommittee.

That process involved interviews being held with six individuals both from within and outside the county over recent weeks.

As previously reported by the Leader five weeks earlier, Davis’ name was already being strongly considered by county board senior figures as a possible successor to Denis Connerton.

Davis' first game in charge will be in the O'Byrne Cup in early January with Longford's opening National Football League Division 3 encounter away to Louth on Sunday January 27.

Longford's NFL Div 3 Fixtures 2019: Away to Louth (Sun Jan 27); Home to Offaly; Away to Carlow; Home to Down; Away to Westmeath; Home to Sligo; Away to Laois

The Drumlish native was widely viewed as being one of the classiest forwards to have donned the blue and gold of Longford in recent memory, enjoying a 12 year inter-county career between 1995 and 2007.

Successful spells with St Vincent’s, capped by a minor football championship, a 2011 Leinster final with the Longford U21s and two Leitrim senior club titles in the space of three years with Mohill was a CV county board bosses were clearly taken by.

Besides those accomplishments at club level, Davis is no stranger to the inter-county scene either, thanks to his role as a selector to Glenn Ryan during his five year term in charge of the county seniors between 2009 and 2013.

It’s anticipated Davis will bring former Longford footballers Paul Barden and Donal Ledwith with him as part of his backroom team.

Other names expected to make up the rest of that line-up are expected to be made known when Davis’ name comes before a county board meeting which is likely to be held in two weeks time.