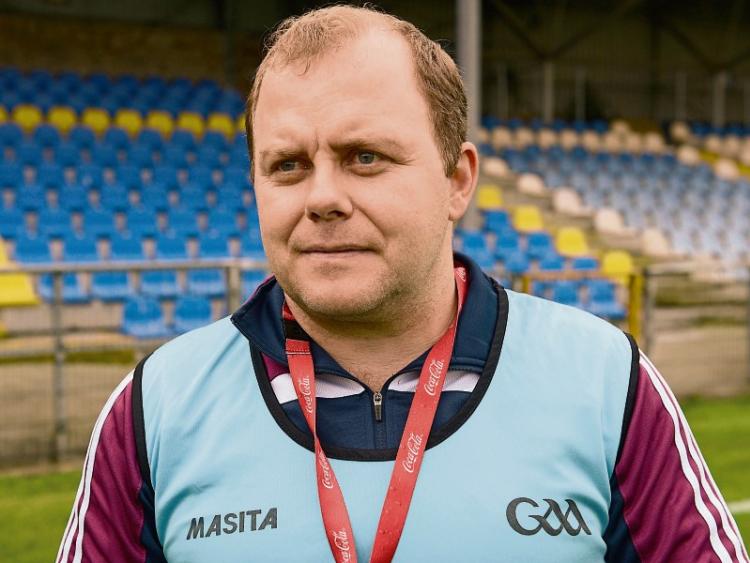 Mullinalaghta manager Mickey Graham has revealed talks were held with Longford Co Board chiefs over succeeding Denis Connerton prior to his announcement as Cavan manager.

New Cavan manager Mickey Graham has confirmed he did hold discussions with Longford Co Board over taking over at Pearse Park adding the lure of managing his home county was simply too tempting to turn down.

The Mullinalaghta boss was installed as Mattie McGleenon’s successor following a Cavan Co Board meeting last night (Monday) where his ratification was confirmed.

Graham, who has enjoyed noted success with Mullinalaghta, guiding them to successive senior championship titles, had been widely mooted as a front-runner to the Longford job in the wake of Denis Connerton’s departure last month.

And, in an interview with the Leader this morning, the Cavan Gaels clubman revealed the prospect of assuming the Pearse Park helm was considerably more than just idle speculation.

“I know there was a lot of talk about the Longford job and about an approach being made and we did talk in the early stages about the possibility but like everything else there are processes to go through and Longford were probably a few weeks behind Cavan in going through the process of looking for a new manager,” he said.

Despite stopping short of indicating whether he had a straight choice between the two, the 43-year-old conceded the draw of leading his native county was simply too enticing to turn down.

“I was approached a few weeks ago when Cavan Co Board contacted me to say my name had been put forward and nominated,” added Graham.

“To be honest, I hadn’t even really thought about it (becoming Cavan manager) until my name was being touted for the job.

“But when Cavan came in and offered me the job, having the chance to manage your home county was just massive.”

News of Graham’s decision to take up the reins at Kingspan Breffni Park will presumably come as a blow to many GAA supporters given his success at club level and the fact his name had been extensively linked with the Longford hotseat.

Precisely where it leaves the county in their own search for a new man is anyone’s guess with Longford Co Board Secretary Peter O’Reilly insisting there was “nothing fresh” to report when contacted earlier.

Not that any of that will be occupying the man charged with orchestrating Cavan's return to the to tier of the National Football League next season.

Having donned the Breffni shirt during his own footballing heyday, Graham is no stranger to Cavan club management, having previously enjoying successful spells with both Butlersbridge and Drumalee.

Though a taste of the inter-county scene with the Cavan minors was arguably more forgetful, it was his exploits with Mullinalaghta which undoubtedly turned the heads of Cavan GAA chiefs in their search for potential managerial candidates.

Graham’s sense of personal fulfilment and all-round pride in the aftermath of his appointment was palpable as he reflected on the events of the past few weeks.

So too, however, was his unswerving dedication to his present employers as they look to retain the Connolly Cup for a third successive time.

“Mullinalaghta is my sole commitment at the moment,” he said.

“Cavan will be put on the back burner for the next few months.

“Getting this job will not change my commitment to them and to be honest if it wasn’t for the position I find myself in and the opportunity they gave me I probably wouldn’t be in the job I am.

The Mullinalaghta supremo’s impending departure from the Longford managerial club scene is not the only one, however, with Clonguish coach and former Cavan All-Star Dermot McCabe taking up a position in Graham’s new backroom team.