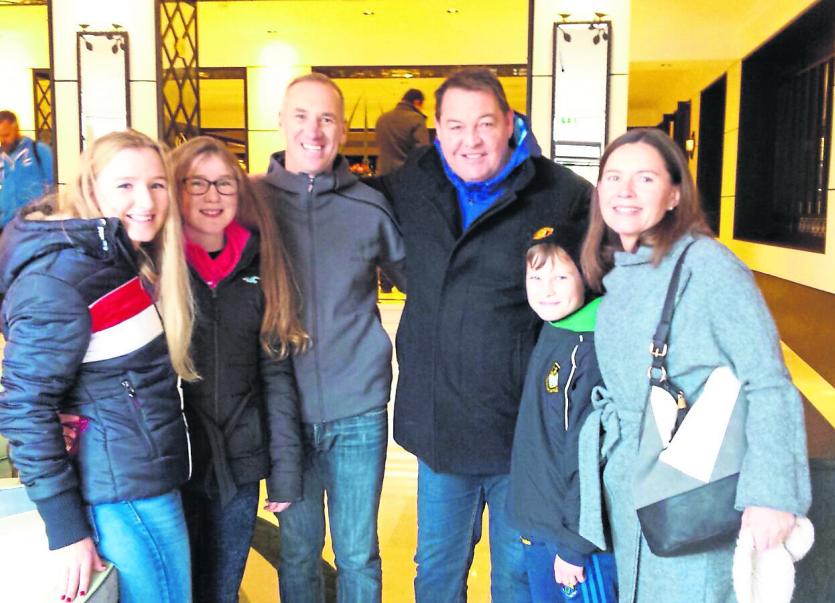 Longford Rugby Club senior men’s coach Glenn Baskett has revealed this week that he is striving 'to change the mindset of the group' and that he has placed an emphasis on developing the skillset of players.

Coaching Experience:
Started off at underage level with Longford RFC in 2001 and coached at various age grades including a few seasons with last year’s U-18s, who did a historic league and cup double last season, many of whom will hopefully be joining Longford’s Senior Panel this year.
The last few three years were spent as Senior Men’s Backs Coach alongside Head Coach Niall Moran.
Some highlights were winning the Midland League twice being promoted as Champions from Division 2A and reaching two Provincial Towns Plate finals.
The main low was the team being relegated from Division 1B in his first season on the job. But that proved to be a blessing in disguise as it gave the coaches a chance to focus on building depth in the group without the pressure of playing in the higher division.

Coaching Philosophy:
Glenn and Niall have worked quite successfully over the last few years at building depth across the squad, with a great emphasis on putting two good competitive teams out every Sunday. “We have tried to change the mindset of the group by not calling the teams 1st and 2nd teams, we use terminology previously of Performance and Development, and now this season we have gone with Early and Late. Indeed we train as one group.”
The differentiation between the two Senior Men’s sides has been minimised, with playing on the Development/Early side used as a springboard by many players, to start for the Performance/Late Side.
Indeed, but for a few bad results, the Development Side could have easily been in the final shake up for League honours.
They also lost in injury time away to the eventual Cup Finalists Gorey in the cup and earlier in the season had defeated the other cup finalists, Tullow, away from home.
The squad mantra also yielded great benefits for the Performance Side who won the Midland League, came third in a very competitive Division 1B and also made appearance in the Provincial Towns Plate Final.
Glenn very much believes in a Player driven environment providing the players with a structure and a game plan to play to but also to play heads up rugby and be empowered to make decisions relying on skills learned in training.
“You have to trust that what you have done during the week at training will be good enough on game day, the boys are the ones that do the business on game day, you can’t play the game for them. They have to be able to make their own decisions in the heat of the moment.”
“I also believe that if your skills are as good or better than your opposite number you will compete on game day, and that puts you in a position to get a result. So if we don’t have the numbers or resources we have to make sure our skills are better than the opposition.”

The Coming Season:
Longford are in a very tough Division 1B, Carlow were promoted from 1B replacing Portlaoise with Monkstown and DLSP coming down and Tullow, Coolmine, Suttonians and North Kildare making up the rest of a Division that very much has a Dublin flavour.
Indeed, Monkstown, Carlow, Suttonians and DLSP have all previously played in the All-Ireland league. The squad have had meetings with Glenn and the rest of the coaching team and as a group set targets and expectations for the coming season.
Needless to say, they hope to be competing at the business end of all competitions; The Midland League, Provincial Towns Cups and the Leinster League.

New Signings:
There is plenty of buzz within the Longford rugby squad with a number of U-18s hoping to join the Senior Squad, some new players coming into the club and some returning injured players such as last year’s Captain, Barry Stewart, who will be like a new signing given that he missed most of last season with injury.

Coaching Set-Up:
The Coaching line up has had a rejig for the coming season. Glenn’s main partner in crime for the last three seasons, Niall Moran, has stepped up to the overall Director of Rugby position for the club.
Glenn is overseeing the whole Senior Men’s set up with a number of assistant coaches; Kieran O’Gorman will be Player/Coach looking after Defence and Lineouts, Alan Campbell is looking after Contact Skills and S&C, Rob Lee also looking after Defence and the Early Team, Karen Lennon continues as Manager along with Eamon Kinehan who will focusing on the Early side.
“We have given specific roles to the assistant coaches as opposed to wide roles, the reasoning being the coaches specifically can concentrate on those areas on game day and the players can be sure of getting feedback to that area of their game.”
One big development for the coming season is that all games will have full video analysis with players and the team receiving collective and individual feedback.
Glenn is also long term friends with Ex-All Black Coach Wayne Smith, as a mentor over the years he is invaluable, and who he is in regular contact with and who provides feedback for the team and Glenn. As well as providing insight to the inner workings of a high performance environment.
Also Glenn has spent time in the off season learning how the Dublin GAA have grown their players through their development squads.
He has done some work with a coach involved in Dublin GAA circles.
“I have found the way they work with their players and grow the players skill set in GAA is very interesting, there is a huge emphasis on developing the skill and from that the player grows, and from that the team grows.
“I believe any sport can learn from any other sport, it’s fascinating.”
Finally, Glenn has been working with renowned Sports Psychologist Jason Brennan on the mental side of the game. Brennan recently brought out a great book called ‘Win’ in conjunction with rugby pundit, Brent Pope, on mental skills for rugby and life, which is highly recommended.
“Working with Jason in the off season has been incredibly insightful, and opened me up to how we work with players, and how they react to what we say and do.”

Something unusual:
Glenn came to Ireland for one year and is here ever since after he met his wife to be, Fiona.

Favourite Players:
Richie McCaw, because he always put what the team needed ahead of himself.

How will Ireland do in the World Cup:
Glenn thinks there is every possibility that Ireland can finally make the Semi-Finals. At this stage all though the All Blacks will undoubtedly be favourites anyone of the semi-finalists could lift the William Webb Ellis Cup.