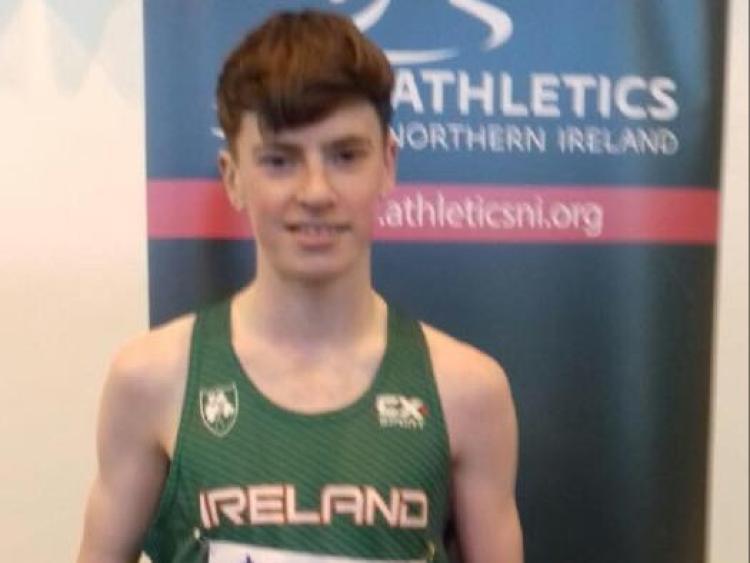 Cian McPhillips from Longford Athletic Club travelled to Irishtown Stadium, nestled between the Aviva Stadium and Dublin Port on Saturday last, to compete in the final Irish Milers Club meet for 2018 and set a new Irish Youth Outdoor 3,000m record in producing another superb performance.

After the heartbreak of Hungary in the 1,500m event at the European U-18 Championships the previous week, Cian opted to run his first 3000m race of the year.  He was the youngest in a large field of 16 runners with the pace setter directed to aim for 8 minutes and 25 seconds.

Cian settled into the middle of the field for the first two of the seven and a half laps. As the laps counted down he moved through the field and eventually took the lead with 600m to go. He pushed the pace on and finished running the final lap on his own in a blistering 59 seconds. His winning time of 8 minutes and 18 seconds was a full 7 seconds ahead of the second place runner.

However, unknown to Cian he was running into the record books. The great John Tracey,  winner of two World Cross Country Championships, had set the Irish Youth (Under 18) Outdoor record in Edinburgh in July of 1974. That record has stood for an incredible 44 years and goes back to a time when Liam Cosgrove was Taoiseach and Erskine Childers was President of Ireland.

Cian is still under age next year and all going well can be expected to lower it even further. His time of 8.18 ranks him 7th in the world under 18 rankings and 3rd in Europe while his 1500m time ranks him 5th in the world and 2nd in Europe.

In both cases he is under 18 again next year and would hope to move up the rankings further. Interviewed after the race he admitted being unaware of the record but being ‘absolutely delighted’ with his winning time. He said his last race of the season would be this Saturday in Scotland when he represents the Irish Schools in the Schools International Championships. He will be joined on that Irish team by fellow Longford athletes Yemi Talabi and Nelvin Appiah.