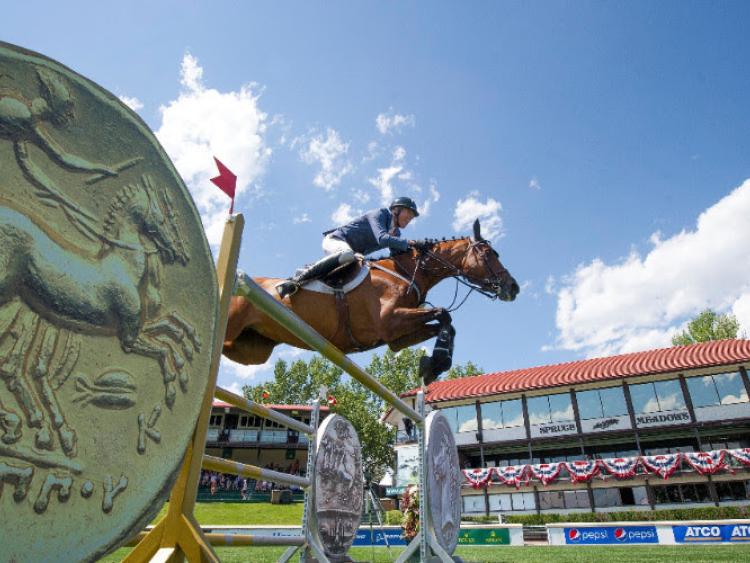 Irish Sport Horse Lux Lady is a 2005 mare by Lux Z (HANN) out of Shania (ISH), by Master Imp (TB). The owners are Harrie & Molly Chapman.

Only three combinations jumped clear in round one to advance into the jump off. Rich Fellers (USA), Luis Alejandro Plascencia (MEX) and Eric Lamaze (CAN) each were ready to take on the jump off track designed by FEI course designer Santiago Varela (ESP).

Fellers was first into the ring for the jump off and had a rail to leave the door open for the remaining two riders. Plascencia decided to take it steady and would end his jump off round with 5 time faults leaving a door and window open for Lamaze to take the win. A couple of unlucky rails for Lamaze would leave Fellers with the unlikely win with a rail in the jump off.

"I started coming here (Spruce Meadows) in 1977 and I don't recall ever winning in the jump off with a rail," said Fellers. 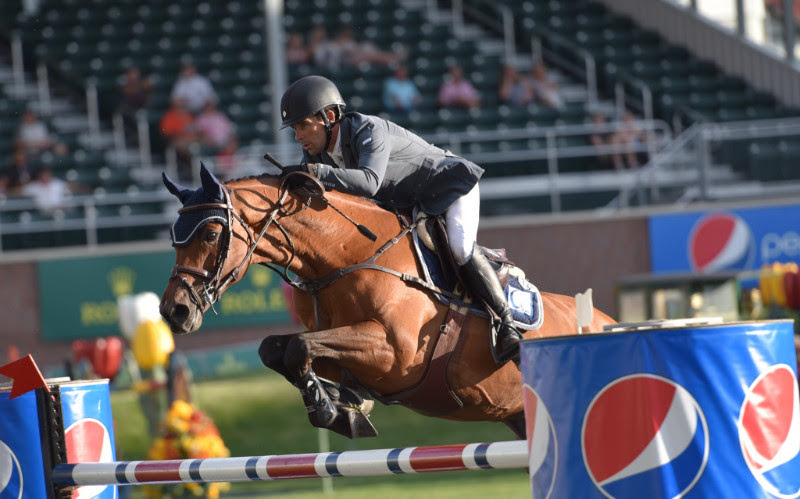 Six of the 25 starters jumped clear in the first round and at the finish, Swail and the 10-year-old gelding were comfortable winners, finishing 1.3 seconds ahead of both John Perez (COL) and Patricio Pasquel (MEX) who finished on the same time to share second place.

“He (GK Coco Chanel) likes coming here (Spruce Meadows) and every time he comes he grows up a little bit. I just had to be patient and the win would come,” commented Swail on his horse’s consistent results throughout the 2018 Spruce Meadows Summer Series.