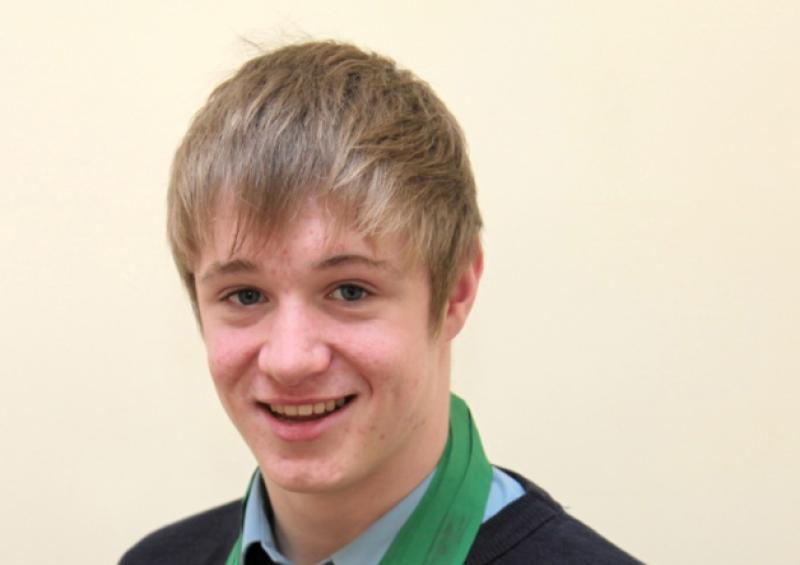 A talented Longford swimmer is part of Swim Ireland’s youth squad that is participating in the Canadian Age Group Championships from today, Wednesday, July 23 to next Monday, July 28.

A talented Longford swimmer is part of Swim Ireland’s youth squad that is participating in the Canadian Age Group Championships from today, Wednesday, July 23 to next Monday, July 28.

16-year-old Gerry Quinn, younger brother of Karen and Kevin and son of Patricia Honeyman and Seamus Quinn, jetted off to Winnipeg in Canada last Sunday morning and in the days immediately prior to departure he competed in the Irish Championships at the National Aquatic Centre in Dublin.

Coached by Ronan McNiven, these are hectic times for Mercy Secondary School, Ballymahon student Gerry who received the Longford Sports Partnership Junior Sportsperson of the Year in 2013 and at the LSC end of year party last month he was presented with the Overall Club Boy award.

Gerry has been swimming competitively since he was eight years old and his dedication to the sport sees him train each morning from 6.15am and on Saturday he makes the journey to train at the Connacht Swimming Performance Centre in NUI Galway.

At the Connacht Schools Championships on January 5 last, Gerry won two individual gold medals in the 100m butterfly and the 50m freestyle and he also part of the relay team, swimming alongside Ciaran Madden, Ciaran O’Hanlon and Shane O’Hanlon who secured gold.

In February of this year Gerry competed in the 100m and 200m freestyle at the 2014 Duel Nations Meet between Ireland and Scotland which was run in conjunction with the Swim Ulster Invitational/Dave McCullagh in Bangor Aurora.

While on May 5 last, at the National Aquatic Centre, he captured individual gold medals in the 100m fly and freestyle, thereby helping the Connacht team win the Irish Schools Inter Provincial Championships.

It was on the basis of these excellent performances that Gerry was selected to represent Ireland at the UK Schools Games which take place in September.

He will compete against some of the best swimmers in the world in his age group in Canada and his mum Patricia said Gerry was thrilled and excited by the challenge.

LSC Joint Chairperson Teresa Ryan said the club was delighted for Gerry and she added, “Gerry, along with top competitors from LSC, Darragh Greene, Ciara McNevin and Patrick Flanagan, have been fantastic ambassadors for our club and Longford for a number of years. And this is a further step up the swimming ladder.”

LSC boasts 130 members and Ms Ryan enthused, “Not alone is this a huge achievement by Gerry, but it highlights that LSC, supported by Longford Leisure Centre, offers the highest standard of training and coaching.”

LSC members performed strongly at Connacht Schools and Community Games galas during the year and the club is currently preparing 31 swimmers for the HSE Community Games National Finals.

Ms Ryan said LSC welcome swimmers of all ages into the club.

“We are encouraging children to join all the time and you can do so by filling up an application at Longford Leisure Centre or on-line at www.longfordswimmingclub.com. Membership starts by joining our Seals group who swim twice a week, Saturday 6-7pm and Sunday 10-11am. All are welcome.”