ST PATRICK’S NS - Parents wishing to enrol their children at St Patrick’s National School Dromard for next September are invited to call to the school on Thursday 10th March or Friday 11th March between 2pm and 3pm. If unable to call on any of those days please contact the principal on 049 4335781.

ST PATRICK’S NS - Parents wishing to enrol their children at St Patrick’s National School Dromard for next September are invited to call to the school on Thursday 10th March or Friday 11th March between 2pm and 3pm. If unable to call on any of those days please contact the principal on 049 4335781.

Friday last 25th February was another exciting and fulfilling afternoon in the Dolmen Room in Aughnacliffe. Music song and tales were all part of the group’s meeting and thanks ladies for the excellent lunch. Any men interested in joining come along on Friday next from 12 noon to 3pm, you won’t regret it - we promise. Over the past year an initiative was running within the group to part fund the purchase a defibrillator for the Dolmen Room. We are glad to announce that the defibrillator is now ready for installation. The group will now undertake training on the usage of this medical device. The group is delighted to be part of this programme as this initiative will benefit the community greatly having trained personal to operate the defibrillator. Over the next few weeks the men undertake a health promotion programme run in conjunction with the HSE where cookery will be part of the programme. Gordon Ramsey watch out. As the year progresses the annual trip is under discussion at present. The tour last year to Clare and the Burren country was the highlight of 2010 and this year will be even better. Deepest sympathy to Pat and Joan Kelleher and family Aughintemple Longford on the death of Joan’s brother which took place recently. May his soul rest in peace.

Congratulations to the pupils of St Patrick’s National School who participated in the North Longford and Arva Credit Union’s recent table quiz. The U13 team won their section of the competition. The U11 team were the runners up in their competition . Also sincere thanks to the parents and families of pupils of the school who very generously donated food to the Arva branch of the society of St Vincent de Paul for distribution.

King of the Lakes boat pike fishing competition under the direction of he North Longford Angling association will take place on Annagh Lake on Sunday next 13th March . Fishing from 11am to 4pm. Check in at the Lake shore from 10am. Presentation of prizes will follow in the Glenview lounge Aughnacliffe where refreshments will be provided, anyone requiring further information contact John Boyle on 086 1963986 or Michael Whitney at 087 6594763.

A fundraising table quiz will take place in Dillons pikeman Inn on Friday night next 11th March at 9.30pm sharp. All proceeds will go towards a house building project in earthquake ravaged Haiti. It is being undertaken by James Conefrey, Cammagh Moyne in association with Haven Charity organisation. Your support would be greatly appreciated.

Please send no items for publication to me this week as I shall be away from home. Send items insteadn to newsroom@longford-leader.ie

This Wedneday 9th March is Ash Wednesday and is a day of fast abstinence. That morning the blessed ashes will be distributed at the 9.30am mass in St Joseph’s church Purth and in the evening at the 7pm mass in colmcille church.

Mrs Dorrie Flynn whose death occurred last week was predeceased by her husband Jimmy Flynn, Main St Ballymahon who for many decades until his death some three year ago was hon president of the Co Longford board of the GAA. Mrs Flynn’s funeral Mass was celebrated in St Matthews Church Ballymahon on Thursday 3rd March. Deepest sympathy is tendered to her daughter Sinead and her husband Frank Smith Glenmore Aughnacliffe and all the other members of the family – Ar dheis De go raib a h-anam.

The new envelopes for the monthly draw will come in use for the March draw which takes place on Sunday 27th March following the 10.30am Mass in Colmcille Church. The first prize is 200 euro and seven prizes of 70 euro. It costs 150 euro per year of 15 euro per month. The envelopes are available in both churches.

On Sunday next 13th March the walk will commence at Rathmore Cross with the weigh in taking place the night before - 12th March in the Glenview Lounge. Please come along and bring a friend. On Tuesday night’s Fr McGee Park will be open for safe walking from 7.30pm to 9.30pm. Step aerobics continues on Thursday nights in Aughnacliffe community centre at 9pm. During the May Bank Holiday weekend there will be a 13 kilometre event organised by the GAA Club in conjunction with St Christophers services. Colmcille GAA Club membership is now due and can be paid to any member of the executive. Fee 30 euro.

St Patrick’s Day Thursday 17th March. St Colmcille’s National School have announced that their St Patrick’s Day cards will be available in the school this week and in both churches in the parish at the weekend.

On Monday 28th February Emmet Masterson Firmullagh Moyne was featured on the Channel 4 quiz programme “Countdown”. It is understood that Emmet will be making many more visits to the channel 4 TV studios in Manchester in the coming months. 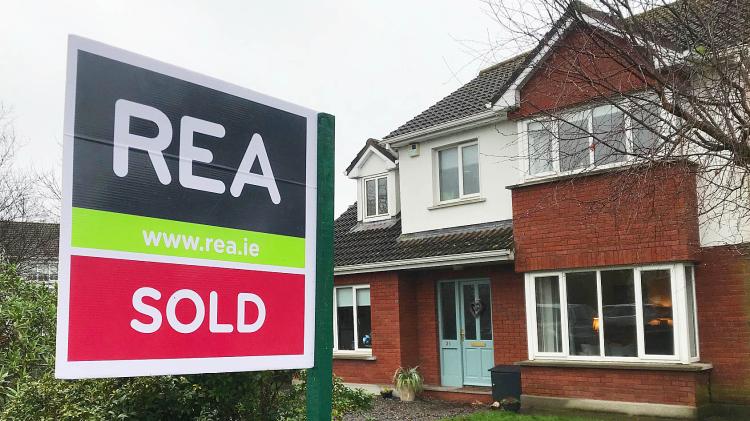