Exhibition on Longford and the War of Independence opens 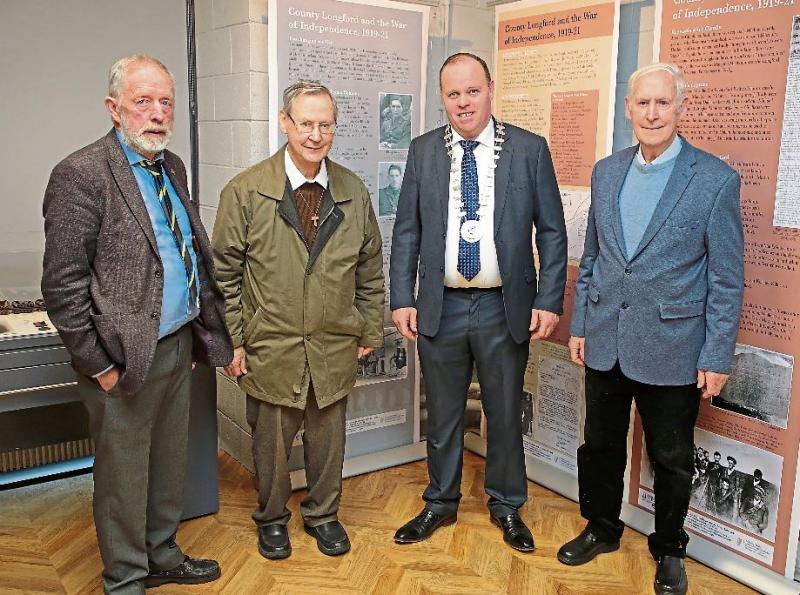 A major exhibition on County Longford and the War of Independence, prepared by Longford County Library, Heritage and Archives Services, opened recently in Longford Library.

The opening was performed by Cllr Paraic Brady, Leas-Cathaoirleach of Longford County Council. He spoke of the importance of this period in our history and the value of the exhibition in informing people about it.

The artefacts in the exhibition include some that have been loaned by County Longford Historical Society.

PICTURES | Unveiling of 'Circle of Courage' sculpture in Clonfin

The society’s Chairperson, Pat Donnelly, said that the society was delighted to be involved and referred to the three artefacts it had given: Seán MacEoin’s jacket, Kitty Kiernan’s watch and a pin cushion made by Kevin Barry.

Other items on display include a bandolier worn by Thomas Kelleher, the only IRA member who was killed in action in the county during the war. He was shot in Drumlish on 19 June 1921.

There are also medals awarded to Pat Cooke and Seán Sexton, members of the North Longford Flying Column, and an original photograph of another column member, Tom Brady.

The exhibition will run in Longford Library until Easter and will move to the other libraries in the county over the following months.