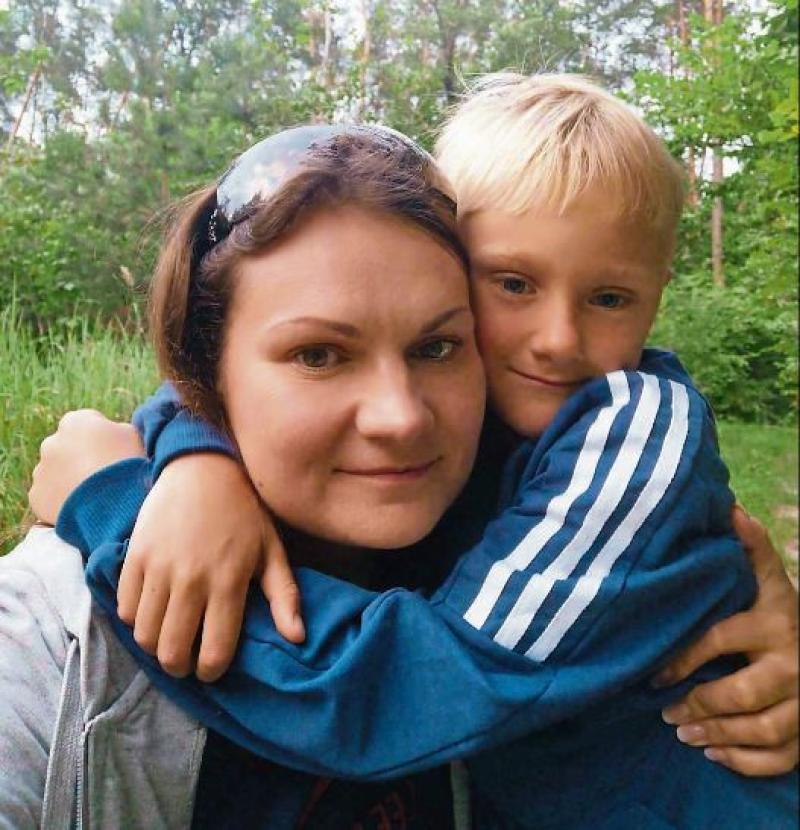 Mia Yevtushenko with her son, Gabriel

A Ukrainian woman living in the Midlands has spoken of how her daughter was among the last people to escape from the war-torn country as it faced up to a full-scale Russian invasion.

Mother of three Mila Yevtushenko who lives in Longford described the harrowing moment her 18-year-old daughter Valerie believed she would not make it back to Ireland after cutting short a holiday in the midst of an unyielding Russian onslaught.

“She is in bits,” said Mila, speaking on Monday evening.

“She was on the last plane to come back from Kyiv and I can still remember her saying to me: 'Mummy, I don't want to die'.”

A resident of Ireland for almost the past two decades, Mia who now resides in Longford, said despite her daughter's safe passage home, her unease at watching events unfold in her homeland have continued unabated.

“My parents live in Cherkasy which is about 160km from Kyiv and my sister, Valentina and her husband live in Kyiv. It's just been so, so worrying.”

Those fears have taken their toll, with Mia revealing she has lost three kilos in the space of a week amid the spectre of her home country coming under ever-increasing attack.

Mia's neighbour Natalia Bumblauskienie, who also hails from Ukraine also spoke to this newspaper and how the ensuing conflict was leading to mass hysteria and untold upset.

“Everthing we know, we know from the internet,” she said, adding her own family resided in a town which had so far escaped Russian insurgence forces.

“In my town, there are many volunteers who are ready to go to defend Ukraine.”

It comes after Russia's offensive into its eastern European neighbour.

Russian forces attempted to overcome what has been a more protracted invasion than it had originally envisaged.

International criticism of Russian President Vladimir Putin has shown little sign of easing with calls this week for Kremlin and its head of state to face war crimes in the face of ongoing indiscriminate shelling.

And like much of that transnational condemnation, Mia said the Russian premier would, in time, have little or nowhere to hide.

“He is a father and had a wife. You just don't do this kind of thing to people.

“There are so many lies being told too when you look at the Russian news, I just don't understand it.”

“We will never give up,” she said.

They (Ukrainians) are a very spiritual people and we have a very strong belief inside ourselves,” she said.

“And I am so happy with the response (of the public).

“Just looking at Facebook and all the things like sleeping bags, food and other items that people have donated, it really has shown the inner quality of people and makes me so proud to say that I have lived here for the last 19 years.”