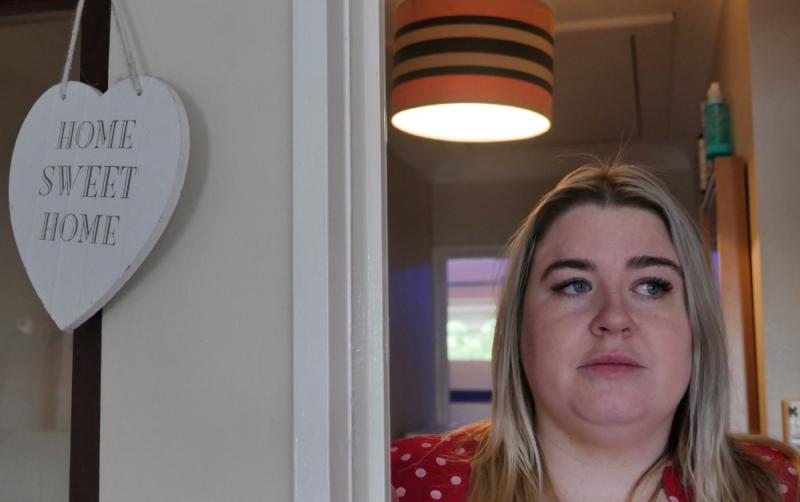 The last 12 months has seen a fourfold increase in emergency calls from domestic abuse survivors and Monday's RTÉ Investigates programme will hear that the Midlands is a 'blackhole' and 'getting scraps from the table' when it comes to domestic abuse.

In the last year RTÉ Investigates filmed in several refuges across the country as the services reached crisis point.

Longford is amongst nine counties in Ireland that have no refuge service available, along with Carlow, Cavan, Laois, Leitrim, Offaly, Monaghan, Roscommon, and Sligo.

‘His threats to kill me are real’: A mother’s journey with Longford Women's Link to get a protection order

Having given RTÉ Investigates unprecedented access, staff describe their daily struggle to keep sufferers safe, because a shortage in refuge places means they are forced to live with their abusers.

From coercive control, repeated patterns of domestic violence, femicide and the traumatic journey through the justice system, the documentary reveals the human stories behind the statistics.

Last year, the number of people that contacted the domestic violence support services increased by 40% from the previous year, in some cases as a direct result of Covid-19 restrictions.

Catherine Casey from Kerry refuge: “We have had women ringing in the middle of the night, whispering at the end of phone. We are getting four times the amount of calls than we were getting pre-covid.”

Anne Clarke, Manager Offaly Domestic Support Services tells RTÉ Investigates: “The midlands seem to be this blackhole – we seem to be getting the scraps from the table.”

“Coercive control is extremely common for a male victim. If you are a man in this country, you have zero options for a refuge, there is nowhere to go.”

“Some services do help, and support men, but there are very few. Women predominantly remain the highest ratio as domestic abuse victims, and that is why the services are directed more for women.”

“Our service is different, we support male victims as well, percentage wise 25% of our clients would be male.”
International figures indicate one in nine men have experienced abuse from their partner.

RTÉ Investigates spoke with a male victim, who took his case through the courts.

Peter (not his real name): “It is something that just crept up on me and I didn’t realise I was in that situation until the day I called a halt to it.

"I did not see it until the end. You cannot help a person like that. You have to run, I should have run years ago. The warning signs were there.

One in four women in Ireland who have been in a relationship have been abused by a current or former partner.

On Sept 18th 2016, Sarah Behan was assaulted by her then partner Patrick Fitzpatrick, who was an actor in RTÉ’s Fair City playing the character “Zumo” from 2007 to 2016. The attack actually went on for over two hours, according to Sarah.

Sarah Behan: “I got beaten badly. He pulled me back from the window, by the hair, and dragged me, and tried to strangle me for what felt like an eternity and I could see the room closing in. That was window I was contemplating jumping out, possibly broken my two legs and pelvis. I wasn’t sure how I would do it, I was just thinking survival mode. flight or fight. A choice, will I just jump … then I was pulled back.

"I thought he was the best thing since sliced bread, there was nobody like him. I had never been with anyone like him. He was obviously a fantastic actor, but he acted in real life as well. It started with romanticising and love bombing, treating me like a princess, and then it was like a switch. He was upfront and told me he had abused women before in past relationships. But of course, I thought I could fix him.

"And then it got worse, worse and worse. It was regular, all I did was curl up into a ball, I didn’t have any fight left in me. He’d broken me down so much; I had no fight left.”

"But when the case came up in the district court, it was put back again and again.

The assault charge against Patrick Fitzpatrick, for which he pleaded guilty, was remanded before the courts 14 times, followed by a further two appeal hearings.

Sarah Behan: “It was trauma relieved over and over, and over again. It was constant, that I could not put it to rest, I could not move on.”

The prosecution of Patrick Fitzpatrick was finally resolved in January 2019.

Sarah Behan: “I thought he would go away for a year or two at least, for all the things he has done but he got one month that was it, a suspended sentence then.”

A year before his attack on Sarah Behan, Fitzpatrick assaulted a previous partner at his home in Ballymun in 2015, punching her twice in the jaw. That assault was finally dealt with in May 2018 when he received a 12-month probation bond. The following January, the remainder of a sentence for the assault on Sarah was suspended.

It meant he served two days in prison for that assault.

Sarah Behan: “I feel let down by the system really.”

Antoinette Behan, (Mother): “I could not protect her. So, no matter how old your baby is, it’s tough. The psychological impacts are lifelong. She is a different girl to what she was before.”