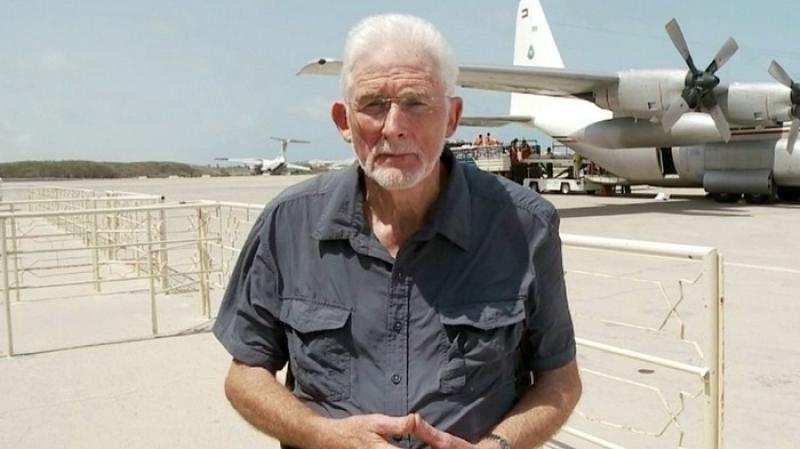 President Michael D Higgins has paid tribute following the death of former RTE Western correspondent, Jim Fahy who was a household name in the west and north west.

The late Mr Fahy was the first Western news correspondent for RTÉ, covering the western seaboard up to Donegal, before a latter north west correspondent was appointed. He retired in 2011.

'In this dark time, we stand together, united with women who fear and know the trauma of violence' #VigilForAshling

He said: “The death of broadcaster and documentary maker Jim Fahy will be heard with sadness by viewers of RTÉ and those in the communities of the west of Ireland to which he brought for decades the television and radio crews of RTÉ.

"Jim was one of Ireland’s finest broadcasters, a fact attested to by the over forty national and international awards which he won over the course of his outstanding career. For generations of people he was a familiar voice, indelibly associated with the reporting of events across the west of Ireland during his 38 years as RTÉ’s first Western News Correspondent.

"What he brought to his work was a high standard of journalism crafted in Tuam in a newspaper atmosphere that was steeped in respect for history. He delivered his reports in a restrained courteous way that reflected all of this and so much more – a respect for narrative that saw no tension between accuracy and elegance of form. There were many long pieces he crafted, including an early beautiful piece on the evacuation of the island of Gola.

"On the occasion of Jim’s final day in RTÉ on 31 December 2011, I suggested that every single thing that happened in the west of Ireland - be it political, cultural or international – the first thing people would say to each other was ‘have you contacted Jim Fahy?’, thus as a politician serving the people of the west of Ireland I had the pleasure of a long association with him.

"Among many other pieces to camera with Jim, one I recall is a documentary on the island of Montserrat for RTÉ on the strong connections between that island and ours. I had in 1986 presented a documentary in Montserrat for Channel 4 and was later interviewed by Jim for RTÉ in 2000 for ‘Dust in the Wind’, which was a documentary on the devastations of the eruption of the volcano. This interest was indicative of a man with horizons extending beyond the borders of his distinct reporting ‘patch’.

"His career was also distinguished with a number of what would be regarded as major international documentaries and reports, including his interview with Mother Teresa in Calcutta in 1976, across Africa, Belarus, Haiti and his award winning documentary ‘Stories from the Twin Towers’ following the 2001 terrorist attack in New York, which won the gold medal for the best 9/11 documentary at the 45th New York Festivals Television Programming Awards in 2002.

"It will be as RTÉ’s voice of the west of Ireland that Jim will be most fondly remembered. He himself noted that the highlight of his broadcasting career was the more than 400 programmes he made for the ‘Looking West’ series between 1977 and 1984, featuring stories from those who had witnessed life in Ireland during the late 19th and early 20th centuries. While he might not have been so bold as to say it himself, he has already done that work through an archive for the future generations who will look back at life in the late 20th and early 21st centuries, with his reports providing a permanent record and testament of the people of the west of Ireland throughout those decades.

"On behalf of Sabina and myself, I would like to express my sympathies to Jim’s wife Christina, to his children and to all his wider circle of friends and family.”