'Are ya wide sham?' Three nights of music and comedy set for Backstage in memory of Longford legend Tom O'Brien 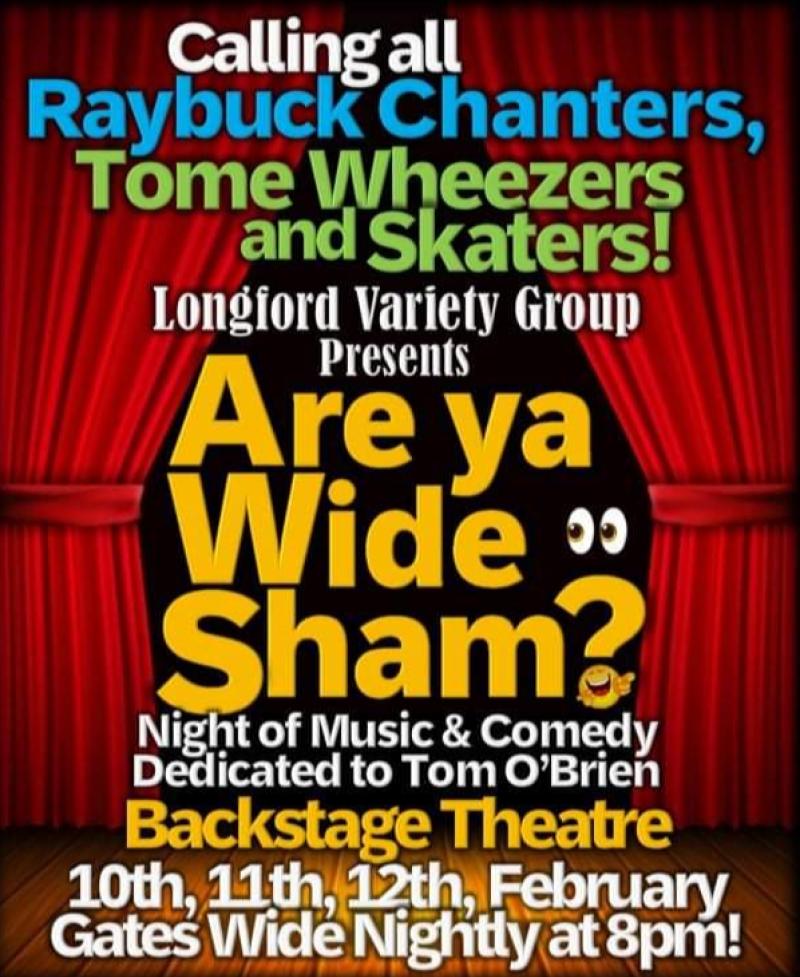 A special night of comedy and dance in memory of local legend Tom O'Brien is in store at Longford's Backstage Theatre next month.

'Are ya wide sham?' a saying first coined and emblematic of the late Longford native is the banner under which Longford Variety Group are preparing to host three consecutive nights of performances next month.

The much loved and admired father of three passed away last May, prompting a flood of tributes from across the local community and beyond.

In a bid to underpin Tom's distinctive legacy, Longford Variety Group are preparing to play their own part in remembering their former cast member.

The production features musical pieces from Hairspray, Pretty Woman -the musical, Everyone's Talking about Jamie and Multi-Olivier Award Winning shows Come From Away and Hamilton.

This year's comedy team is led by well known Longford man John Kelly in a showcase that looks set to feature some of Longford's best soloists including singer Sean Hussey.

Tickets are on sale at www.backstage.ie