Concern over speeding detections in Longford during 24-hour clampdown 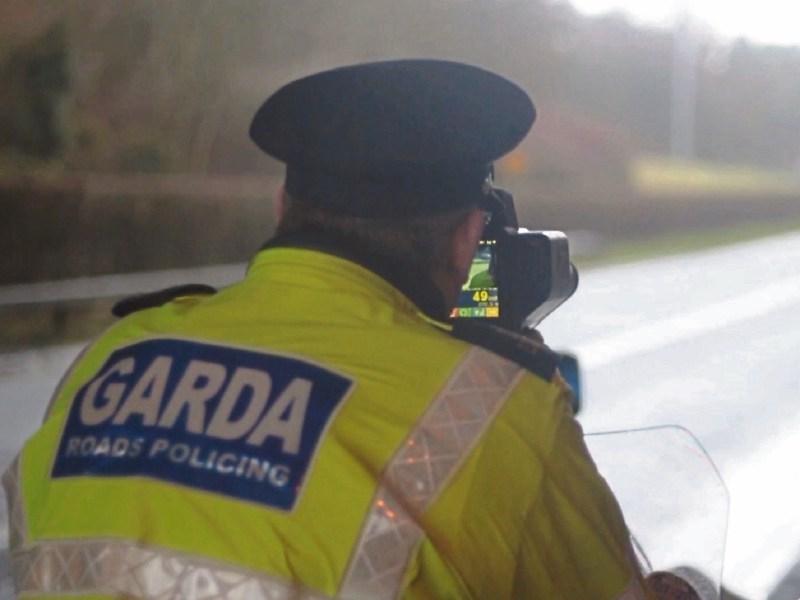 A garda carrying out speed checks during National Slow Down Day

GARDAI have expressed concerns at the number of speeding detections which were made in Longford and across the country during a 24-hour clampdown.

A large number of drivers were caught speeding during National Slow Down Day.

The operation, which was supported by the Road Safety Authority, ran from 7am on Friday to 7am today.

Nationally, nearly 1,000 detections were made with gardai and GofSafe vans checking the speed of 150,605 vehicles.

National ‘Slow Down Day’ was held over a 24-hour period. In total, 150,605 vehicles were checked and 994 vehicles detected in excess of speed limit.

“It is concerning that despite advanced warning and our widely circulated appeals to slow down that a significant number of motorists still failed to drive safely within the applicable speed limit. In the course of the campaign we detected a number of vehicles which were being driven at well in excess of the speed limit."

Cavan RPU have had a number of detection this morning, National Slow Down Day.

Chief Supt Ray McMahon continued, "If a pedestrian or other vulnerable road-user is hit by a vehicle travelling at such speeds, unfortunately the outcome will inevitably be a serious injury or fatality.

"I would like to thank our partners the RSA and TII for their co-operation / assistance in today’s campaign, and GoSafe who carry out speed enforcement on behalf of An Garda Síochána.

"Of course I would also like to thank the majority of those who continue to travel within the speed limits. I would reiterate once again that this appeal to slow down is not only for one day, but for every day. #SpeedKills

"We will continue to maintain our focus on non-compliant drivers as they pose a risk to themselves and other road users."