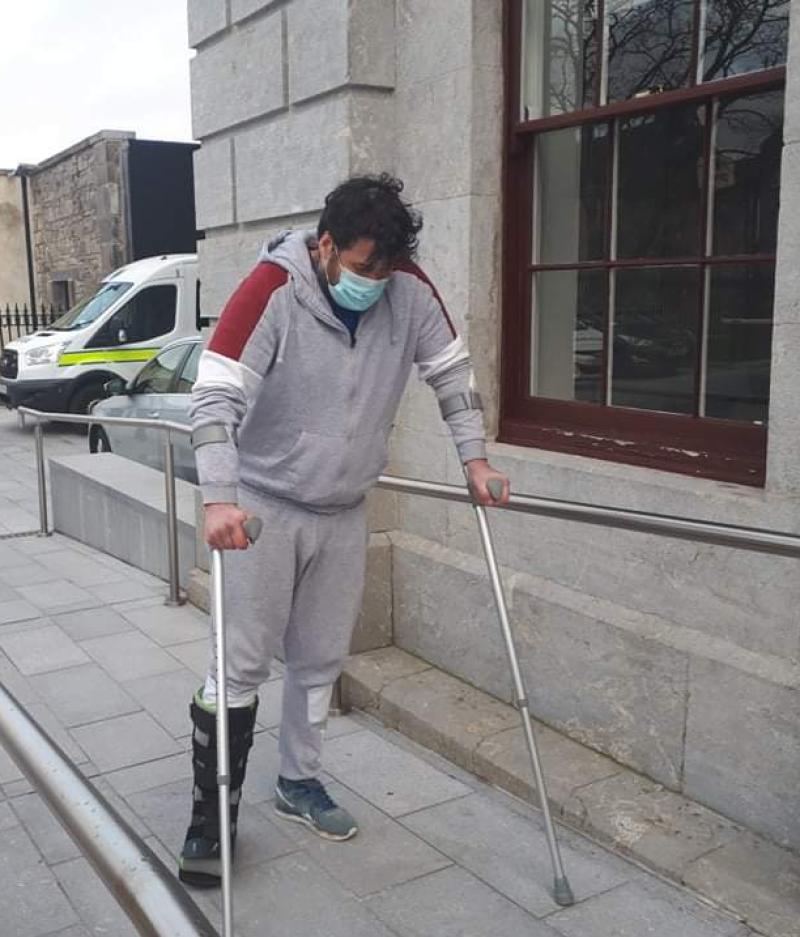 Describing an incident where a man crashed his car into a wall after a high-speed chase with gardaí in Longford town as the “sort of stuff you see on thriller TV”, Judge Seamus Hughes refused to grant the 35-year-old defendant bail.

William Lawrence, of Cloncovid, Co Cavan, walking with the aid of crutches, appeared before a sitting of Mullingar District Court this morning (Thursday, March 25) following the incident which occurred in Longford town last Monday afternoon.

Sgt Jarlath Nohilly informed the court that Mr Lawrence made no reply to a number of charges including dangerous driving and driving without insurance and a driver’s licence in relation to the incident.

The court heard gardaí pulled up alongside the accused, who was on bail, on the Ballinalee Road.

Sgt Nohilly said Garda Duffy exited the patrol car and spoke to the driver, who allegedly mounted a kerb in an attempt to flee.

Garda Hanley then attempted to take the keys from the car’s ignition but it began moving forward resulting in the garda’s hand getting caught in the window.

The garda was later hospitalised with a suspected broken wrist.

Sgt Nohilly said the officers continued to pursue the accused through the residential areas of Oakvale, Ardnacassa, Ard Aoibhinn and Grian Ard, who later crashed into the garda patrol car and narrowly avoided colliding with another car before hitting a 2.74m (9ft) wall near a crèche.

When gardaí approached the vehicle, they found Mr Lawrence with serious injuries, including a dislocated hip and broken ankle.

The accused was found in the front passenger seat after hitting his head off the car's windscreen.

“There were also 22 empty cans of Carlsberg found in the car,” remarked Sgt Nohilly.

He said Mr Lawrence claimed during an interview at Longford garda station that he was in the town to visit his brother.

He said Mr Lawrence said he was feeling “a little bit depressed” and began drinking after finding his brother was not at home.

Judge Hughes refused bail and described the episode as the “sort of stuff you see on thriller TV”.

He remanded Mr Lawrence in custody to appear before Cloverhill District Court next Tuesday.