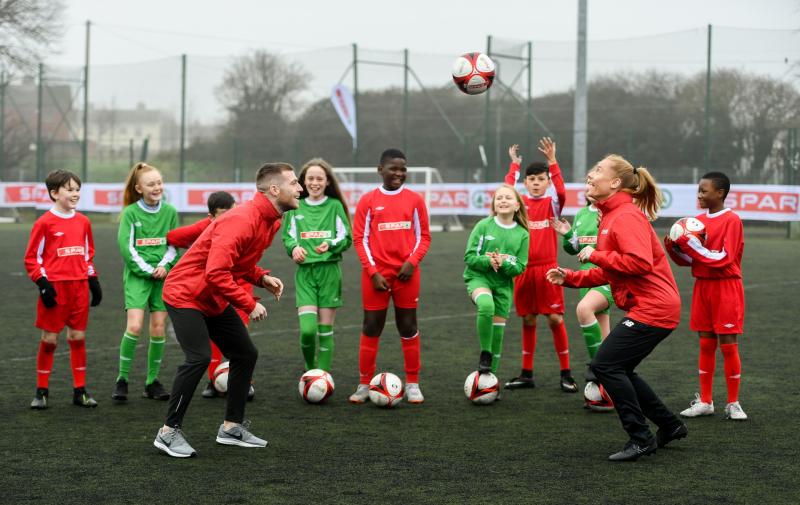 Abbeycartron Lane will play host to the Longford Finals of the SPAR FAI Primary School 5s Programme on Wednesday, March 11.

The SPAR FAI Primary Schools 5s Programme is the largest grassroots programme of its kind in Ireland with a record 38,456 boys and girls from around the country vying for qualification to the National Finals in the AVIVA Stadium on Tuesday, May 12.

Longford schools have been to the fore in the competition with 20 signing up to the 2020 edition of the programme. Stonepark National School are the last team to emerge from Longford making it to the national finals in the Aviva Stadium back in 2015.

Over 400 Longford students have taken part in qualification events for small, medium and large schools, however, the county final will see just 6 schools progress to the next stage, the North Leinster finals.

SPAR has been supporting the programme since 2015 and has seen participation figures grow significantly to become the largest primary school’s competition in the country. The number of schools signing up for the participation programme has jumped from 1,064 in 2015 to 1,751 this year.

Colin Donnelly, SPAR Sales Director said, “We are very proud to support the SPAR FAI Primary School 5s Programme which has grown significantly over the past six years.

"At its essence, the programme encourages children to get involved in sport and develop a love for football and physical activity which perfectly complements our SPAR Better Choices message. SPAR local retailers in Longford have been active in supporting the programme which has reached new heights this year and will no doubt be hoping that Longford based schools can make it all the way to the National Finals!”