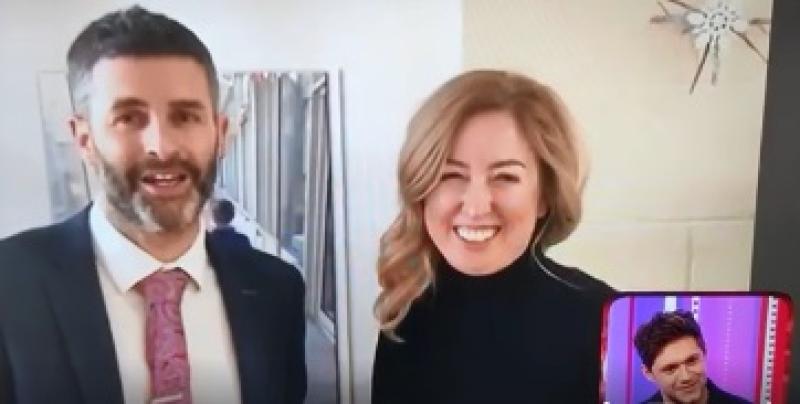 It was a day to remember for two Longford residents on Friday, March 06, as they appeared on BBC’s the ONE show to talk about one of their former pupils, international superstar Mr Niall Horan - formerly of One Direction (1D).

Mr Horan shot to fame after appearing on the X-Factor talent show, eventually forming the band 1D which proceeded to take the world of music by storm.

On the show, Niall explained to viewers that he wouldn’t have been as successful as he has been, were it not for the belief instilled in him by one of his former teachers, Ms Georgina Hourican. Niall explained that Ms Hourican had pushed him to apply for the X-Factor and gave him the belief to follow his dreams.

This is when the music star was surprised with a video chat from two of his former teachers from CBS Mullingar, who were asked to share their views on him.  Step forward principal Mr Malachy Flanagan, who lives in Killoe Co Longford, and Longford resident Ms Georgina Hourican.

On the show, his former teachers praised ‘cheeky chappy’ Niall, before wishing him continued success with his music career.

“You were talkative in class, but you had a great spark about you.” Mr Malachy Flanagan admitted.

Georgina Hourican added: “You make anyone believe if they have a dream they should follow it.

“Niall, we are so proud of everything you have done and may you have continued success for many years to come.”