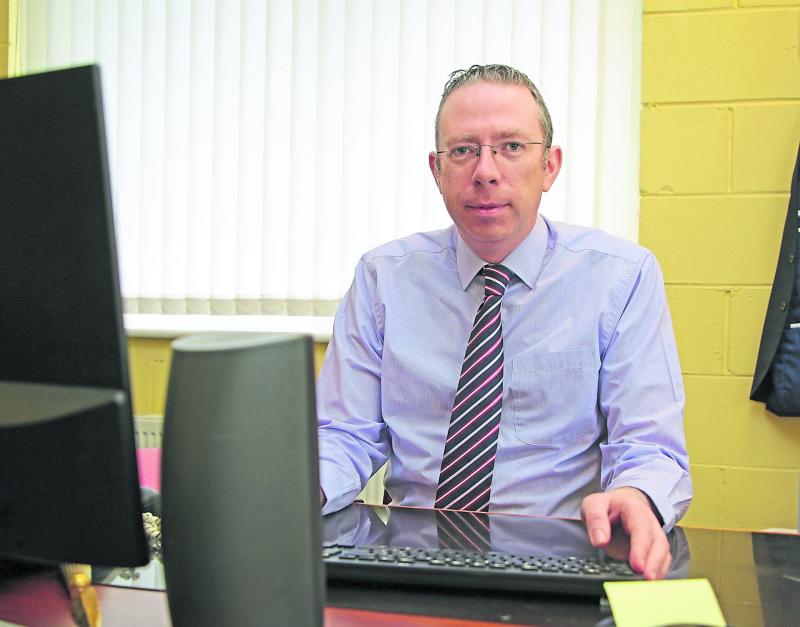 The widespread acceptance of St Christopher’s Services being at the heart of Longford’s diaspora both at home and abroad is perhaps no more manifest than in New York in two weeks time.

The Chelsea Bell will be the venue for a special benefit concert in aid of the Battery Road facility on March 18 in a spectacle which is being headlined free gratis by local band Brave Giant.

Chief executive of St Christopher’s Derek Scanlon acknowledged that while raising monies on its own volition was par of the course these days, the level of benevolence shown to the Service was nothing short of extraordinary.

“Fundraising has always been and is set to become an even more integral part of how we fund the service going forward,” he said.

“We were fortunate enough that Brave Giant came on board quickly to offer their time free of charge to support the fundraiser. Without the support of local businesses who are flying the band to New York and paying for their accommodation this fundraiser would not have been possible.”

Whatever about its practicalities, the initiative has quickly captured the hearts and minds of those both inside and outside of the organisation.

A recent draw aimed at raffling off tickets to the concert as well as three nights accommodation in New York raised €14,000 for the service alone.

And with a further 300 or so tickets likely to be sold on the night, it’s anticipated the event could raise upwards of €30,000.

“We would be very hopeful that we could raise in excess of €30,000 in total from these fundraising efforts,” said Mr Scanlon.

“Our Service Users and their families have played a significant role already by assisting us in the sale of the tickets in the first draw. Similarly our staff have also rowed in behind these efforts and its testament to the strong community ethos that we have been able to put this fundraising effort together.”

Aside from the fundraising thrust of the initiative, the event will also coincide with a get together with ACLD, a New York based facility which provides similar supports to adults and children across the Atlantic.

Given the financial hardships the service has endured over the past decade, it would be easy to forgive the St Christopher’s chief and those on its board of losing faith with its State backed financiers.

Yet, in truth, it’s a plight Mr Scanlon has taken on with no shortage of gusto.

“Voluntary organisations are by their nature charities and as such they take on the challenge of providing services to people with intellectual disabilities understanding that an element of the funding will almost certainly need to be generated through fundraising,” he said. “Therefore we see this fundraiser as a natural progression in expanding our fundraising base.

“The people of Longford have over many generations been very strong supporters of St Christopher's but there are only so many times that you can knock on the same door looking for help and so we need to be creative in finding alternative fundraising opportunities.

“We believe in operating a partnership model with the State by which they make their contribution and we can also make contributions from the income derived from fundraising.

“Our fundraising provides additional supports to our Service Users that they might not be able to access because the State may not pay for those supports and therefore we utilise fundraising to provide these supports.”

Mr Scanlon is, if nothing else, pragmatic about the challenges facing an organisation he has spent the past two and a half years leading.

His appreciation for the Brave Giant’s of this world and donors from both at home and overseas is admirable, but so too is his acceptance of the overarching need for the Service to become even more original in its own philanthropic aims and ambitions.

“We have been overwhelmed by the support we have received from Brave Giant, the Longford diaspora in New York and also local businesses who have all come together without any hesitation to support us,” he said.

“Indeed, it is humbling to see the levels of support that we have received and it is a testament to County Longford that people are so generous whether they live here or abroad.

“We will need to continue to diversify her fundraising and come up with new and innovative ways to raise funds into the future.

“There are so many competing charities and causes nowadays that there has to be good creativity around the events that you intend to run in order that they have value for the people who participate in them and to donate to them.”

If the successes gleaned by this month’s New York fundraiser is anything to go by, he and all those associated with St Christopher’s aren’t off to a bad start.

*To donate to the upcoming fundraiser, log onto its GoFundMe page by following the link: gf.me/u/vxffmf