Longford showjumper all set for the US 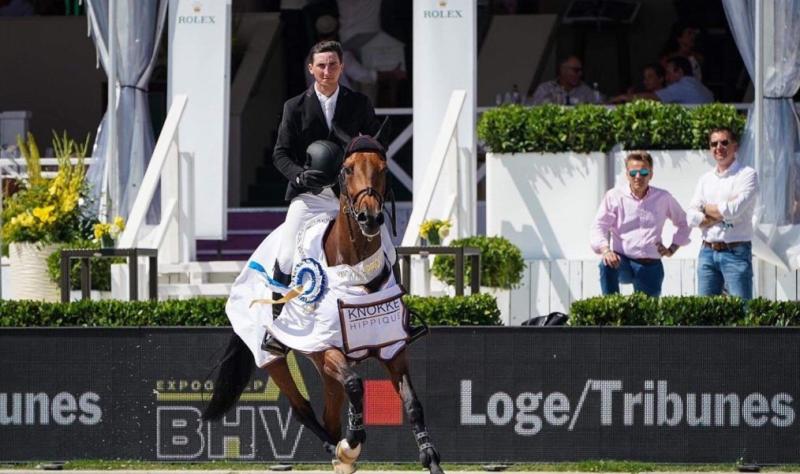 It has been yet another successful year on the showjumping circuit for Kilcurry native, Jordan Kilkenny, who has built on his incredible success last year.

Jordan, son of Tony and Margo, was a member of what he describes as ‘the best stable in the world’ - Cian O’Connor’s Karlswood. Here, his manager and trainer is fellow Longfordian, Michael Kelly.

The horse riding enthusiast and former student of Ballymahon VS, competed this year at a horse show in Knokke Hippique, Knokke-Heist, Belgium, where he claimed his first ever International grand prix.

“I started off week one with a lovely clear round from Jordan II in the 1.15 m and then Florida van maarle went and got a well deserved 6th in the 1 star 1.30m grand prix qualifier. Then with a qualification spot earned for the grand prix, we just had to wait for Saturday.

“It was the 1 star grand prix, where a field of 81 competitors lined out. There was 13 clears going into the jump-off.” the Longford native continued.

At this stage, Jordan was 7th clear and Florida helped him storm into the lead.

He said, “It proved to be a fast class but Florida went in and stormed her way to the lead.

“It was an incredible day and an even better feeling winning my first international grand prix.”

Representing his country marked a proud moment for Jordan and his family.

“It really sank home that this is what all the hard work is about,” he said.

This wasn’t the end of the success for Jordan on his travels either, as he was also honoured with the prestigious U25 young talent award at the same event. Jordan also competed on the four star Sunshine tour in Vejer De La Frontera. Here he jumped forty rounds on five horse in the up to 1.45cm grand prixs and knocked down four individual jumps, thereby making the trip to Spain a very successful one.

Jordan’s success didn’t end there either, as in July and August of this year he took two trips to Sentower Park in Belgium, in preparation for competing in Italy.

He explained, “In Italy, I was placed in the Longines world ranking class on Chicago Hd, top 10 placing with Chicago in the 2* Grand Prix.

“I was also training horses and producing other placing throughout the tour.”

Jordan has described his time with Karlswood Stables and Dagoberthausen as ‘amazing’ as after his tour he finishes up with them and looks to embark on a new journey.

“I would like to express a huge thanks to Cian O’Connor, Michael Kelly, the whole Karlwood Team and the Pohl family, for what was a time I will always remember.”

In terms of the future, Jordan is now heading off to California in 2020 to embark on yet another venture in his showjumping career. Onwards and upwards.