Dog owners warned of responsibilities after attack on flock in midlands 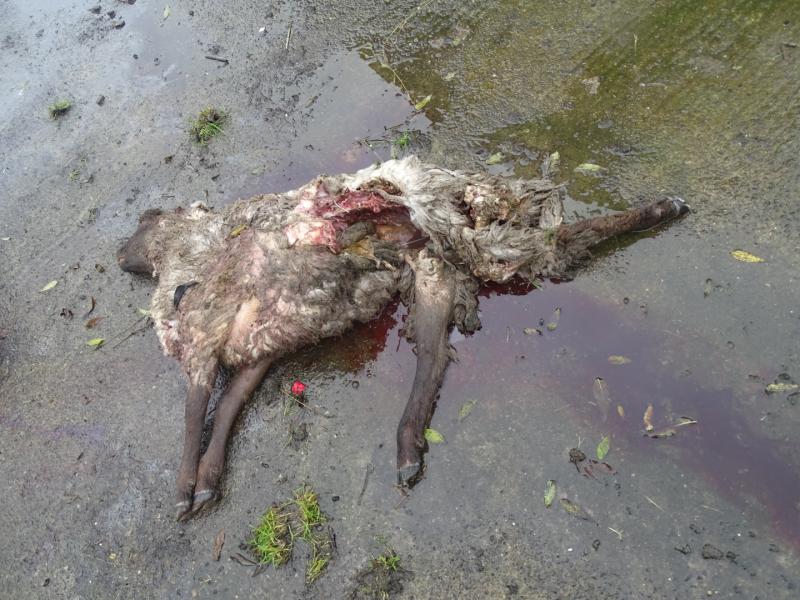 Images from the attack on Sean's flock in 2018

Irish Cattle and Sheep Farmers' Association (ICSA) sheep chair, Sean McNamara, has urged dog owners to be mindful of where their pets are at all times as he again deals with the after-effects of an attack on his own flock.

Mr McNamara's flock suffered an attack from dogs which saw four of his ewes killed.

He stated: “On New Year’s Day, we lost four ewes in one attack.

"Witnesses have said that two dogs were involved in the incident, which occurred during the afternoon hours.”

The midlands farmer knows first-hand the emotional, as well as, financial impact these attacks can have, as in early 2018 Mr McNamara, who hails from Lismacaffrey in Co Westmeath, lost over 40 ewes during a six-week period.

He said: “It’s unbelievably distressing to walk out and find dead or dying ewes.

"Even if the sheep are not directly attacked and have no visible injuries, they can die from the shock alone. The stress brought on by the attack can also cause some ewes to abort. Then, there are also financial losses to deal with.”

Mr McNamara took the opportunity to remind people that these attacks are preventable.

“The busy lambing period is coming up and I would plead with those living in rural communities to be extra vigilant of their dog’s whereabouts." he said.

"Any breed of dog, even a treasured family pet, can be involved in a sheep worrying episode.

"It is imperative for all dog owners to be conscious of the devastation their pets can cause when left unsupervised, even for a short time.” he concluded.