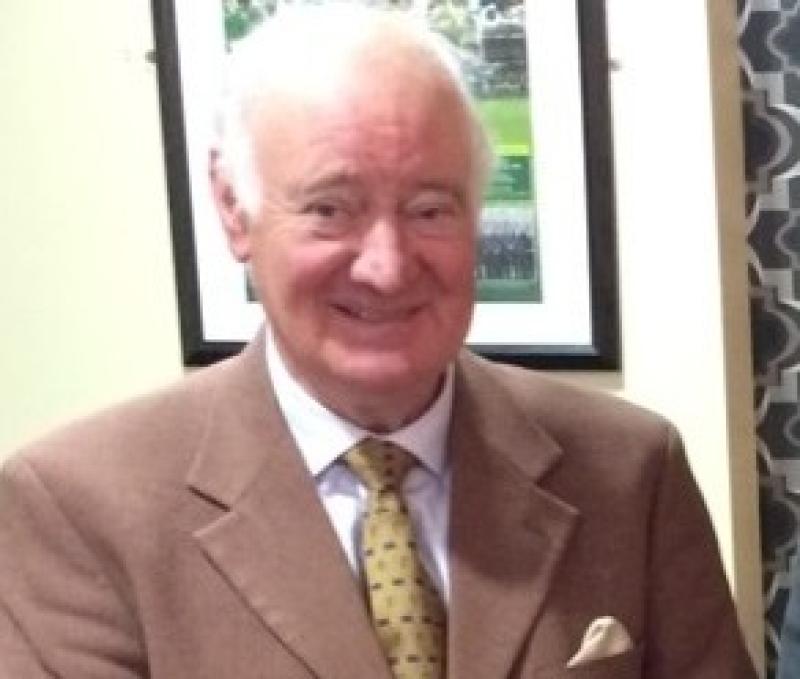 Following his Primary school education, Ken attended St Nathy’s College, Ballaghadereen. 1957 was a great year regarding sport for St Nathy’s College. It was the year they won their first and only All Ireland College’s football title and Ken Sheridan won the All-Ireland Handball title. To this day the classmates of this successful year meet up annually in the Aisling Hotel, Dublin and Ken, up until the last couple of years, joined this fabulous group of men in reliving and regaling their fond memories of St Nathy’s College.

Ken graduated from St Patrick’s College, Dublin as a National School teacher. His first post was in Carlow and there he met his future bride Yvonne O’Ferrall.

Yvonne convinced Ken to look for a teaching job in Longford and luckily for the pupils of Monadara National School, Edgeworthstown, he began his Longford teaching career. Following on from Monadara NS, Ken taught in Glen NS. Ken spent the majority of his teaching career in Glen NS. He loved his job and was extremely dedicated to educating young people.

He was very involved with Rehab Longford and Longford Person of the Year. Himself and Yvonne enjoyed many a night discussing and deliberating the recipients, along with their great friend, Frank Kilbride, in the Park House Hotel.
In 1996 Ken took early retirement from teaching. Not a man to rest on his laurels, he decided to turn his attention to helping his wife Yvonne and son Derek with their new business, Sherpack. Ken’s easy going and articulate nature turned around many a bad debtor!

Ken loved golf. He loved the time he spent in Longford Golf Club. Ken was Club Captain in 1985 and Club President in 1997.
He met so many great friends there. He always spoke so affectionately of the members of the Golf Club and he was a very proud member until recently.

Derek and Sharon would like to say thank you so much to the doctors, nurses and staff of St John of God, Blackrock, Midland Regional Hospital, Mullingar and the fabulous staff of StJoseph’s Care Centre, Longford.

You will always be remembered in our prayers for minding Ken. Ar dheis Dé go raibh a anam dílis.