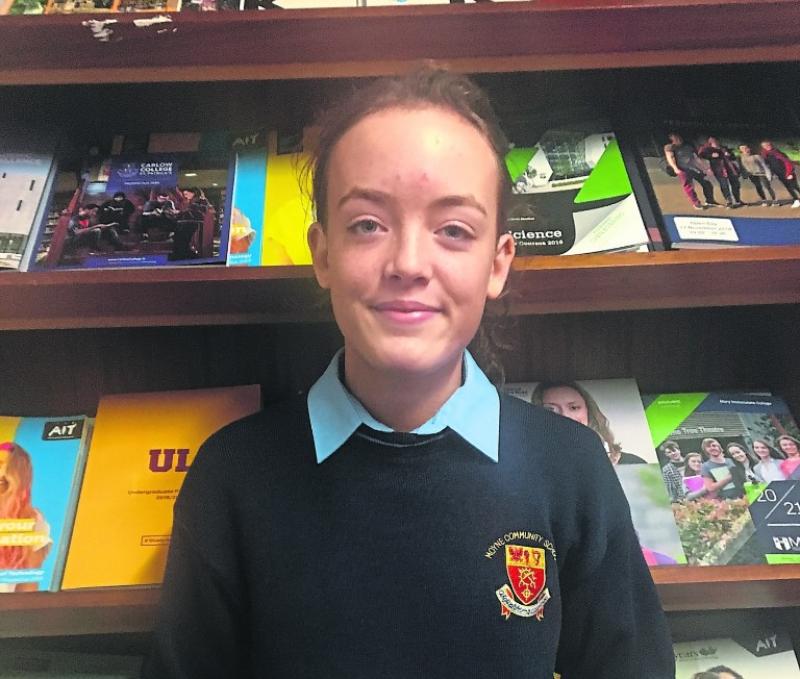 A total of 675 students from throughout Longford - 321 girls and 354 boys - received their junior certificate results on Friday, October 4, with one student in particular receiving results to remember.

There was elation for Avril Cosgrove, a student of Moyne Community School, on Friday, as she collected results which put her as one of the top students in the country. Avril received a total of 10 Grade A’s and one higher merit, meaning she scored in the top 100 out of 65,000 students, a fantastic achievement according to principal, Des Cullen.

“It is remarkable to have ten straight A's and one higher merit.

“It is just a wonderful achievement for her.”

Mr Cullen said results like these only come around ‘once in a blue moon’, before praising Avril for being an ‘all-rounder’.

He stated, “We would have had nine or ten A's a couple years ago, but a result like that is a once in a blue moon thing.

“There was, I think, less than twenty kids in the country who had 11 A's. There was a further 80-something who had 10 A grades and Avril had 10 A's and a higher merit.

“She gets involved in extra curricular activities as well, so she is a great all round student,” he added.

These were not the only good results at Moyne either, with Des confirming that the majority of students performed extremely well.

He noted, “We were very happy with the results this year. We had a number of students getting straight B’s right across higher level.

“We also had a huge increase in the number of students taking higher level subjects across the board.

“A number of students also got 6 or 7 A grades, very high results. We were very happy with the results on the whole this year.”

In terms of the next steps for students who received their results, the principal of Moyne CS says some have opted to take part in Transition year. For the others who are now going on to do their Leaving, he remains confident in their abilities to shine.

“We are very confident that they are well capable of producing good Leaving Cert results for themselves,” he concluded.