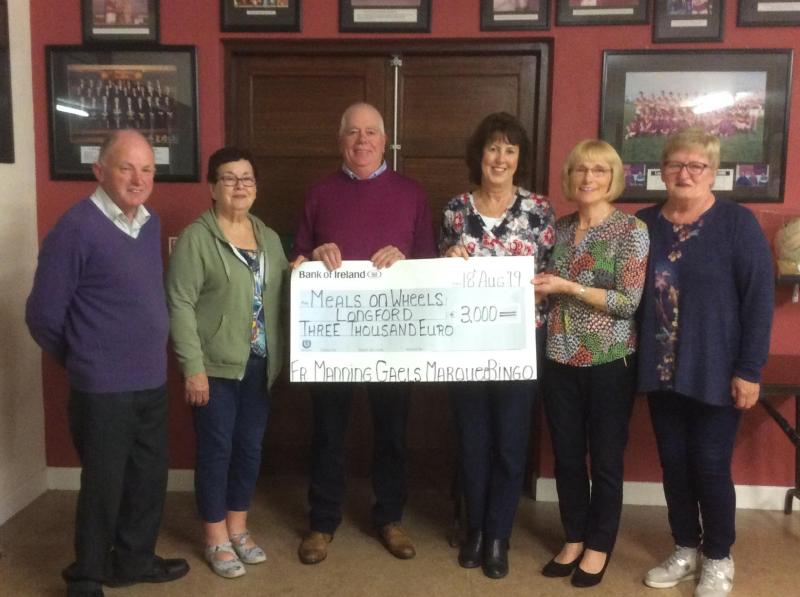 The team behind the recent Monster Bingo fundraiser, which took place in the 98 memorial hall in Ballinamuck on Sunday, August 18, have presented the culmination of their fundraising efforts to their chosen charity.

The event was run together in lieu with the Marquee in Drumlish festival, with the chosen charity Meals on Wheels Longford. The committee behind the event began their fundraising drive ten years ago in 2009 in aid of the Somalia famine appeal.

Also read - Marquee in Drumlish: Ten years of Monster bingo and over €30,000 raised for charity

The cheque for €3,000 was presented to Elaine Keogh of Meals on Wheels Longford just last week.
The committee behind the bingo fundraiser have issued a heartfelt thanks to everyone who has continuously supported their efforts.

They stated; “A big thank you must go to everyone who has supported us this year and in the years gone by.

“We cannot thank them enough and would not have been able to help so many charities were it not for them.”