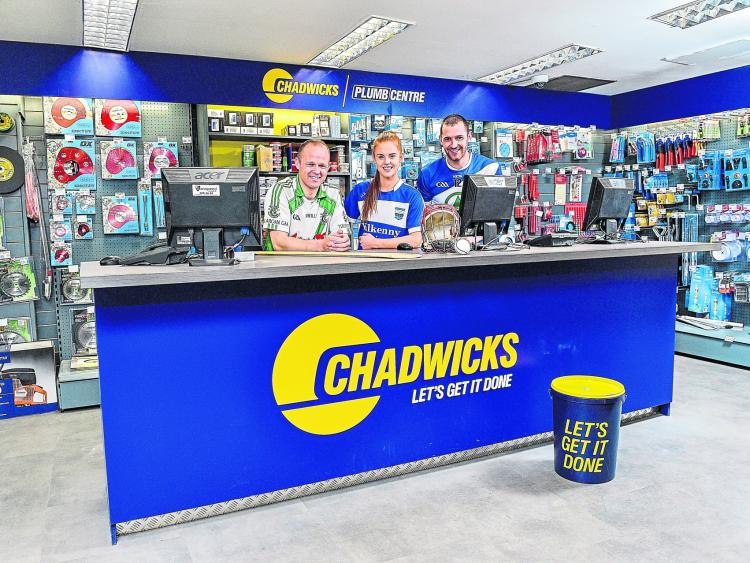 Chadwicks Club Hurling League
The Chadwicks Club Hurling League is a cross county competition which has seen 71 teams from right across the province compete at Junior, Intermediate and Senior level in four divisions. This year’s Division 1 final took place on Sunday, June 9th as a curtain raiser to the Leinster Senior Championship clash of Kilkenny and Galway. It saw two Kilkenny clubs go head to head, with Mullinavat finishing on top against St Martins with a score of 2.13 – 1.14.

Competition Entry
Entries for the Chadwicks Kit-Out competition are now being sought. Chadwicks are asking clubs to tell them:
- About your club and the vision for the future,

- About how your club positively impacts the local community
- Why does your club needs this prize and what benefit it will bring?

Clubs can enter at www.chadwicks.ie. Check out #ChadwicksKitOut on social media for more.

Speaking about the announcement Brian Conneely, Chadwicks Finance Director said; “We’re delighted to come together with Leinster GAA to become the title sponsor of the Chadwicks Club Hurling League and wish the teams competing in the forthcoming finals the very best. Our thanks to all the team at Leinster GAA for their help and support in bringing about the announcement.